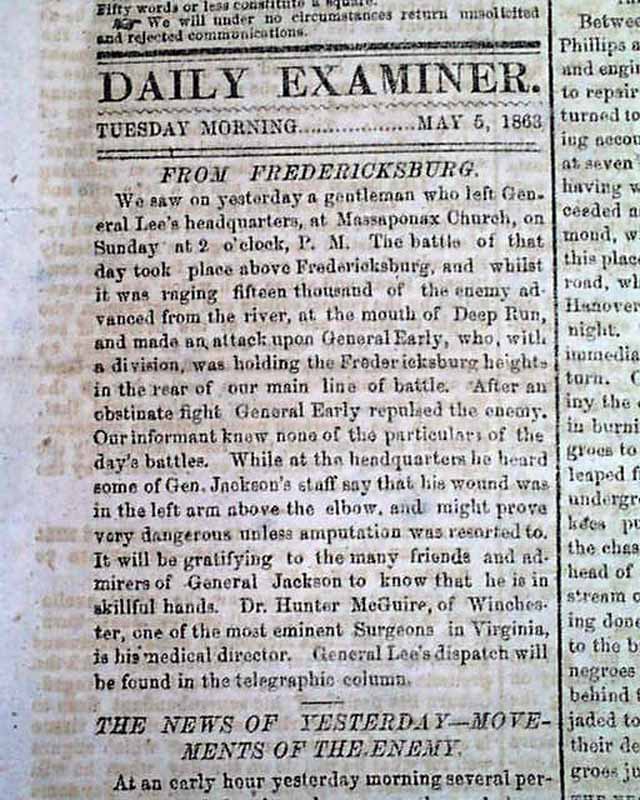 Confederate report on the Battle of A...