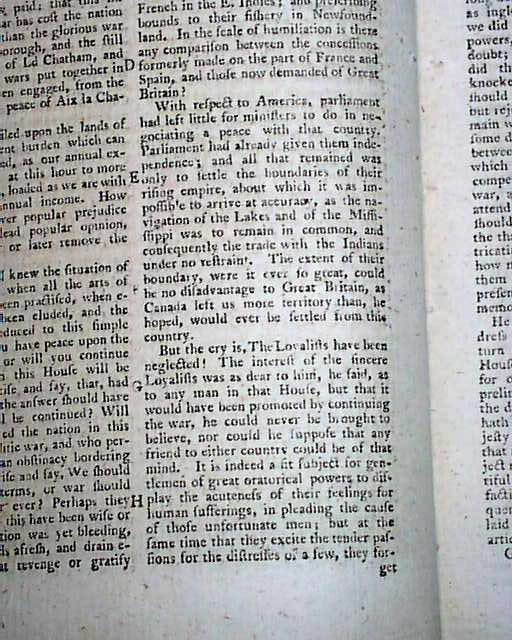 Eighteen pages are taken up with "Summary of Proceedings in the 3rd Session of the Present Parliament" which include  discussion on concluding events with the war in America, including: "...With respect to America, parliament had left little for ministers to do in negociating a peace with that country..." and further on is more detailed discussion of the provisional treaty of peace for ending the Revolutionary War.
A full page plate of the Cathedral of Eveaux in Normandy is accompanied by a descriptive article. Another article: "The Story of a Young Jewess, lately Banished (from) the Imperial Dominions in Germany" & more.
Near the back is a letter from Earl Cornwallis to Henry Clinton concerning thoughts on the closing battles of the war in the Southern colonies. Also: "Advices From America" which takes nearly a full page with some war-related reports and other items. Another item notes in part: "...Sir Guy Carleton had just issued a proclamation inviting those American who had quitted their houses there to return & repossess them...at New York. That the British garrison were preparing to evacuate the place, and that the soldiers particularly Hessians, departed in great numbers."
A foldout plate is present but not called for. Another plate called for is lacking.
Complete in 92 pages, 5 1/2 by 8 3/4 inches with wide, untrimmed margins, two minor & very discrete archival mends, generally nice condition.
A notable feature is the lack of the title page engraving of St. John's Gate, I believe the only issue post-1733 issue which did not include this plate. 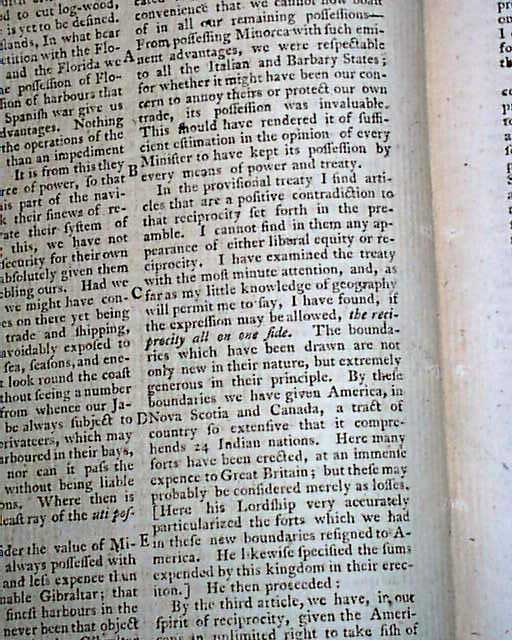 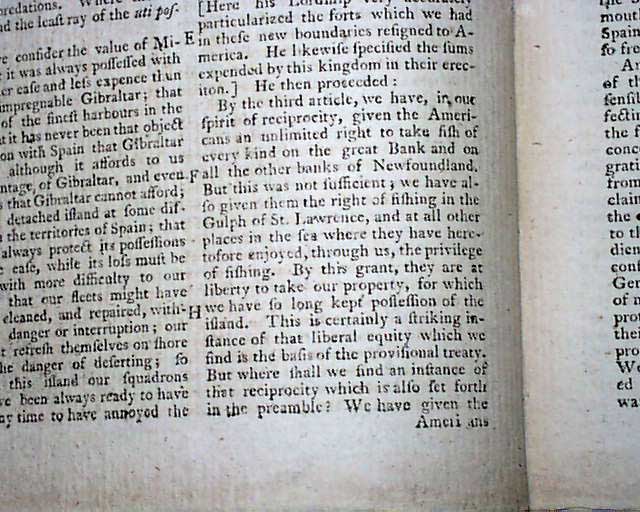 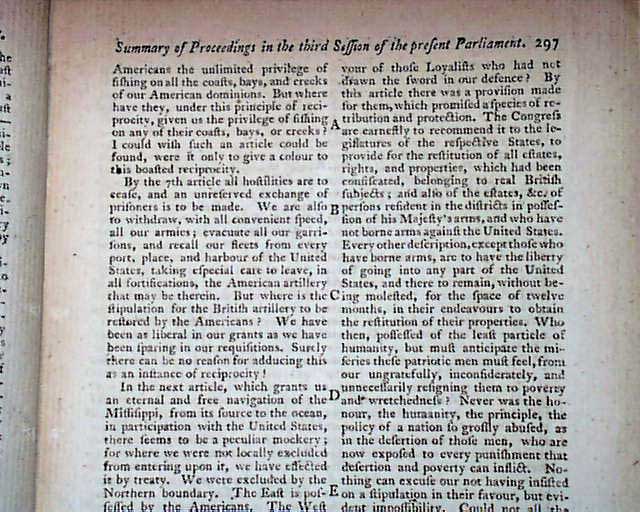 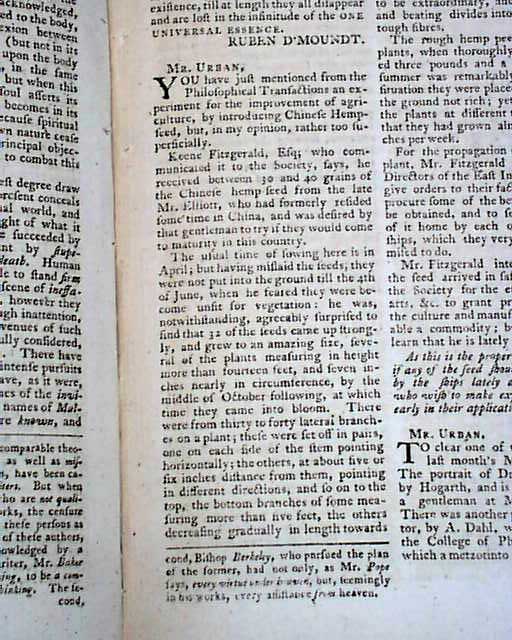 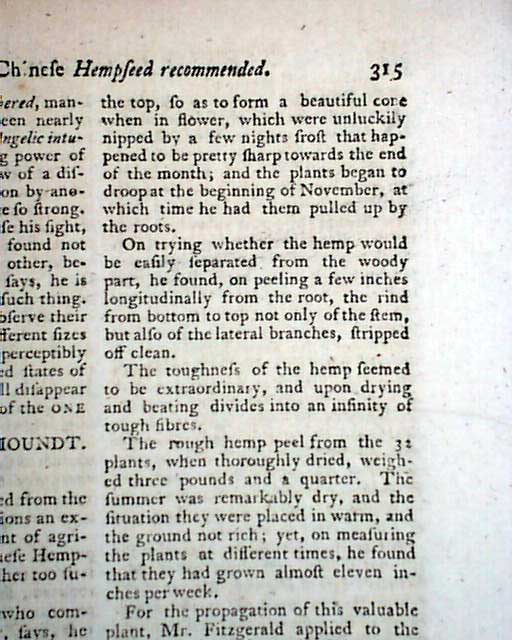 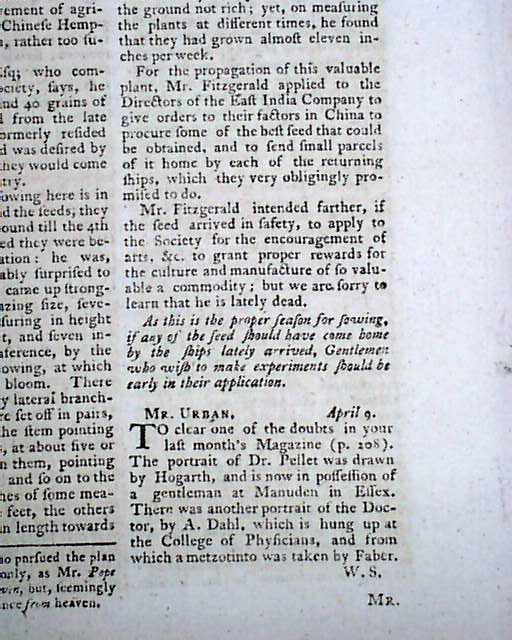 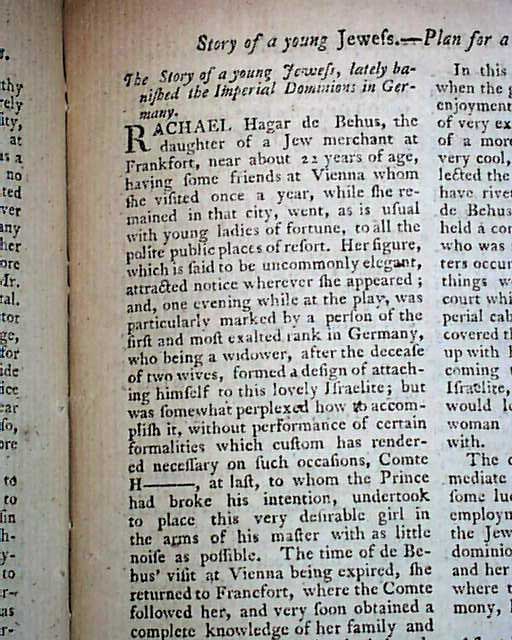 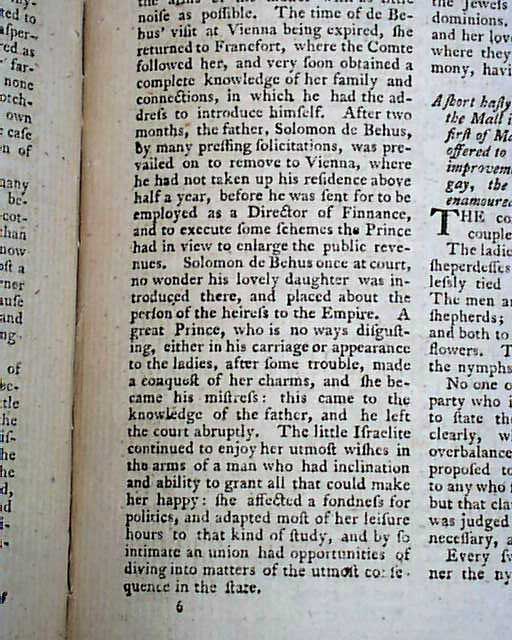 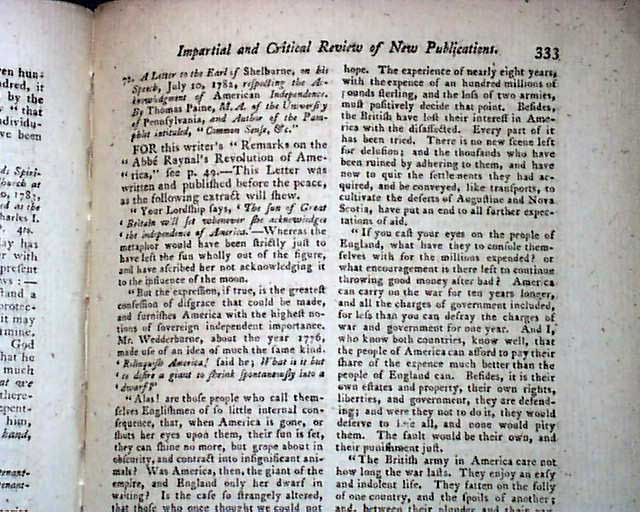 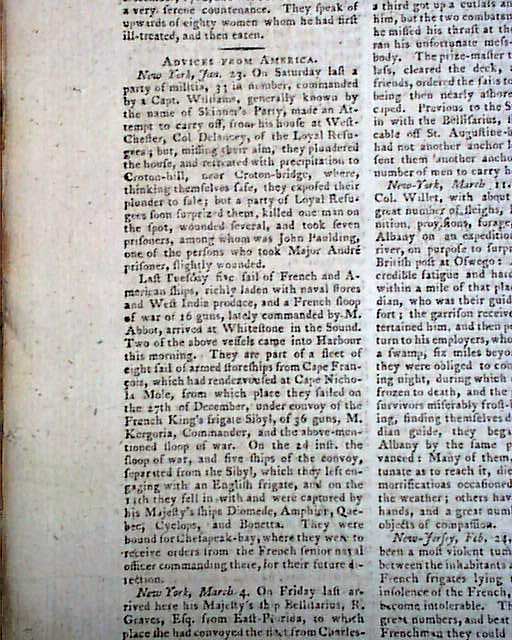 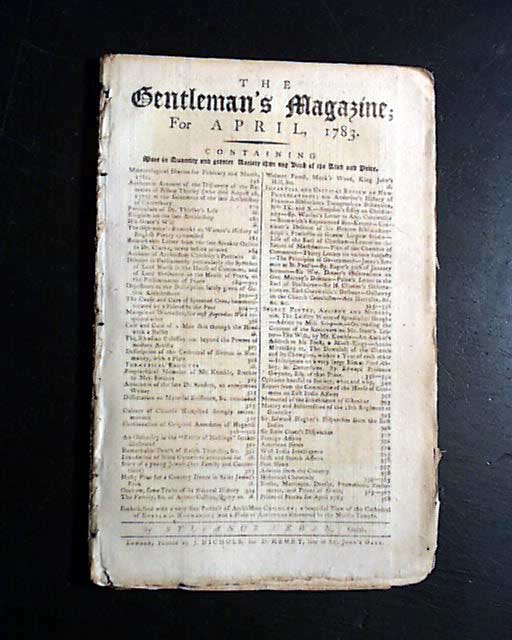