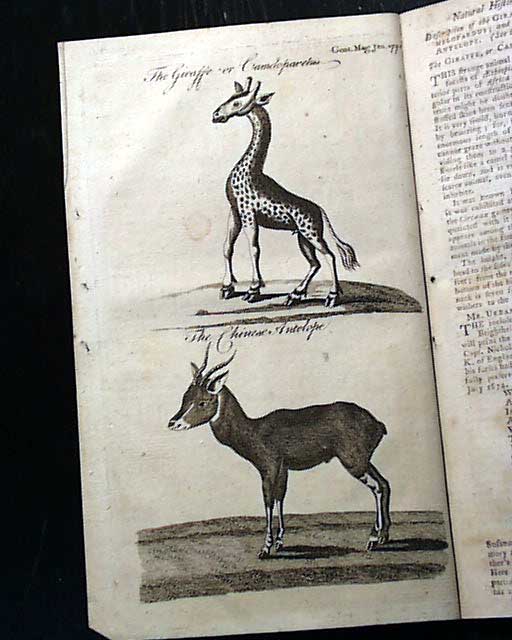 Item # 667834 THE GENTLEMAN'S MAGAZINE, London, January, 1773  Certainly the most historically significant item in this issue is: "An Argument in the Case of James Somersett, a Negro, Lately Determined in the court...attempted to be Demonstrated the Present Unlawfulness of Domestic Slavery in England" which takes about a full page.
This case involves James Somersett, an American slave purchased by Charles Stewart when he was in Boston. Stewart brought Somersett with him when he returned to England in 1769 but in 1771 he escaped. After being recaptured he was imprisoned on a ship & bound for Jamaica to be sold to a plantation for labor. The case was quite convoluted but ultimately became a boon to the abolitionist movement & ended the holding of slaves within England.
This articles summarizes the case and notes in part: "...to prove that Mr. Steuart had purchased Sommersett as a slave in Virginia & had afterwards brought him into England, where he left his master's service..." and further on: "...It does not appear...whether the court disallowed Mr. Steuart's right in the person of Sommersett, or merely his authority to enforce that right by the imprisonment of Sommersett & transporting him out of the kingdom..." with more.
This issue has three full page plates, although only two are called for. One called for is "The Giraffe or Camelopardus" which is a reasonably good print of this then almost unknown animal.
Near the back is the "Historical Chronicle" which has reports of a slave insurrection on a French ship noting in part: "...that the slaves in a French brig from Africa to Martinico, had risen, killed the crew, and turned pirates..." with a bit more.
Complete in 48 pages, 5 by 8 inches, full title/contents page with an engraving of St. John's Gate, small loss at the top of the title/contents page, otherwise good condition. 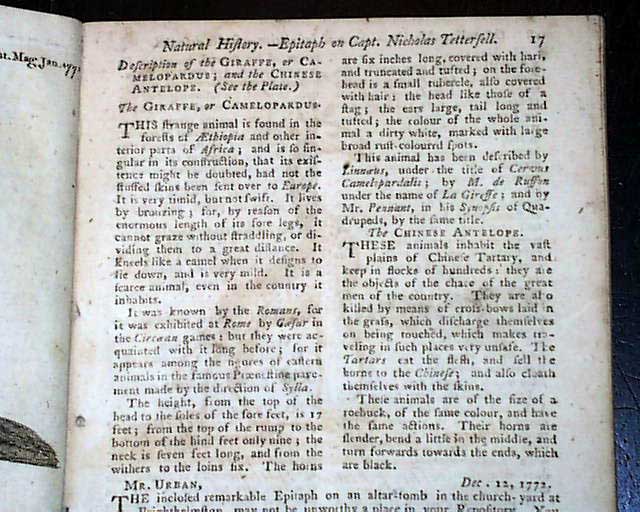 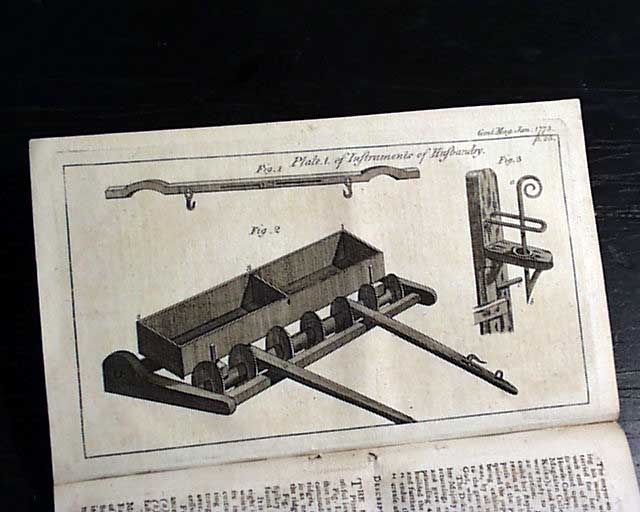 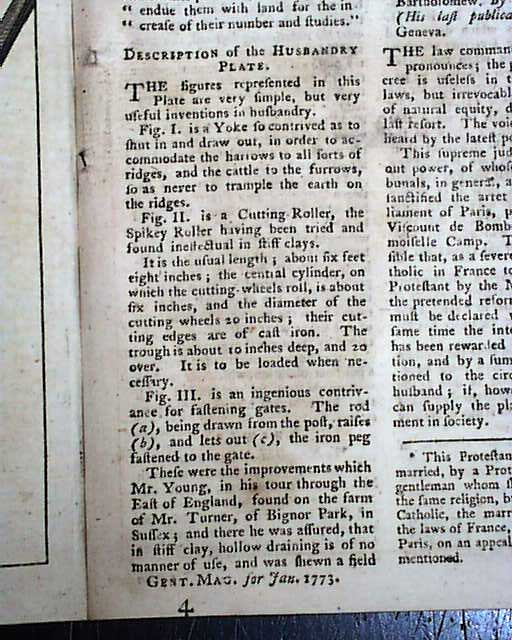 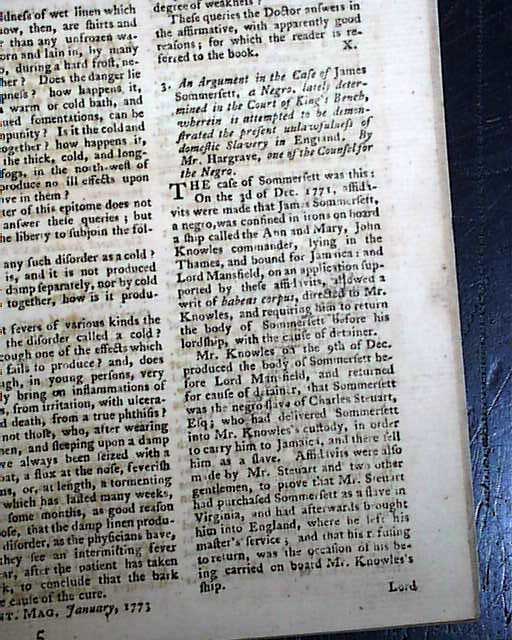 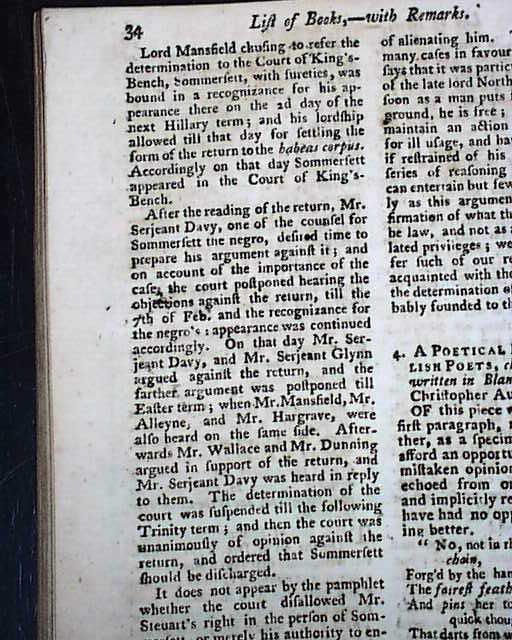 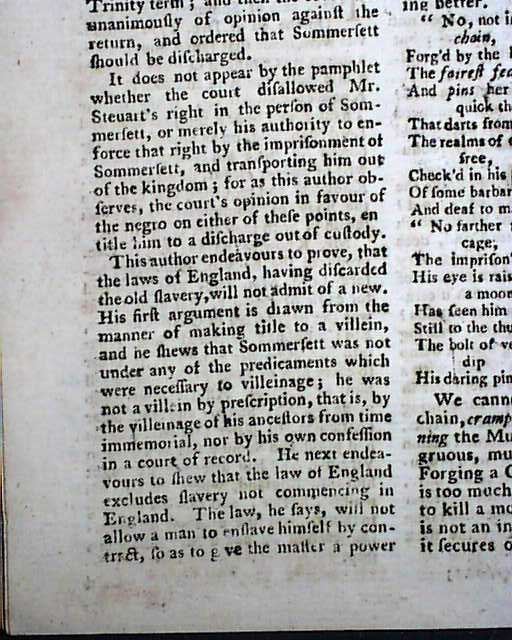 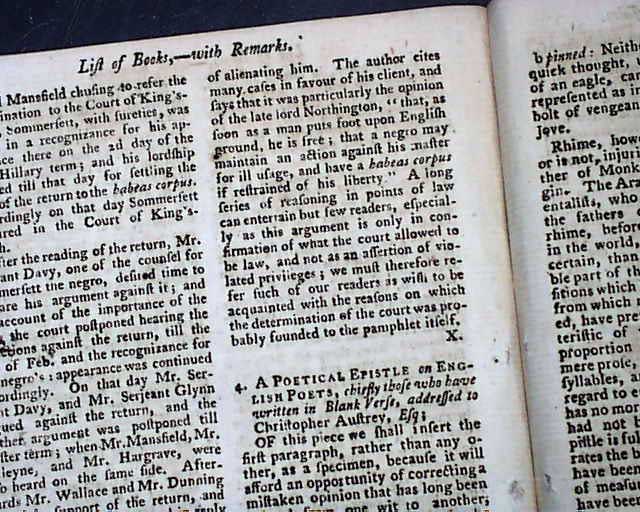 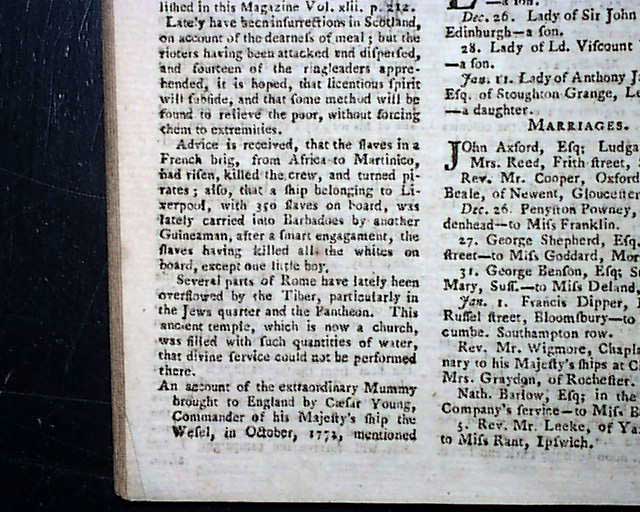 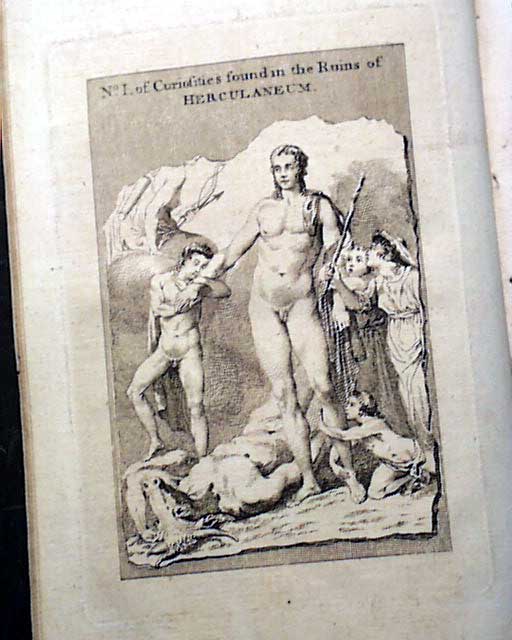 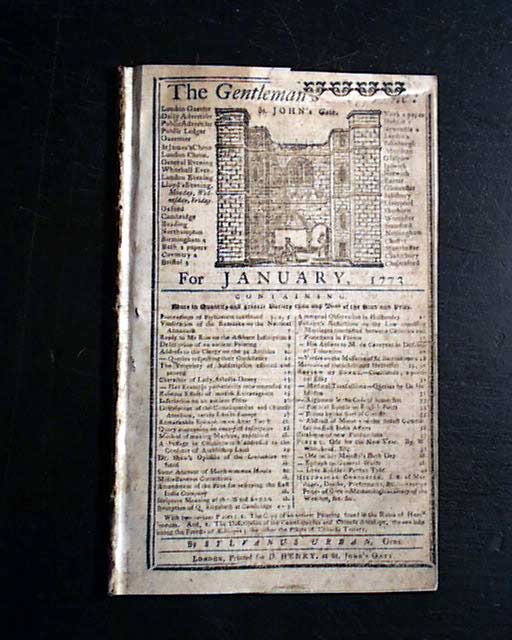