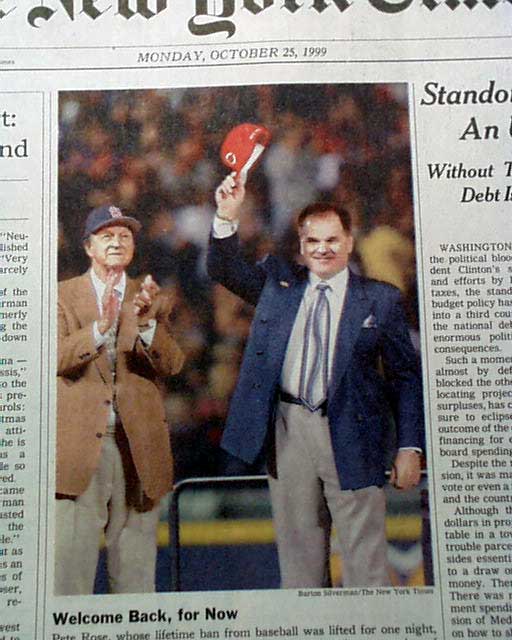 The top of the front page has a photo showing Pete Rose at Game 2 of the 1999 World Series. It was here that he was introduced as a member of the all-century team to a roaring crowd. For this to happen, Rose's ban from baseball had to be lifted for this day which Bud Selig granted.
The front page of the sport's section has a banner heading: "Fans Have Turned Rose Into the All-Century Player Who Haunts Baseball" with another related photo.
Sixty plus pages, minor wear along the central fold of the front page only, otherwise very nice.