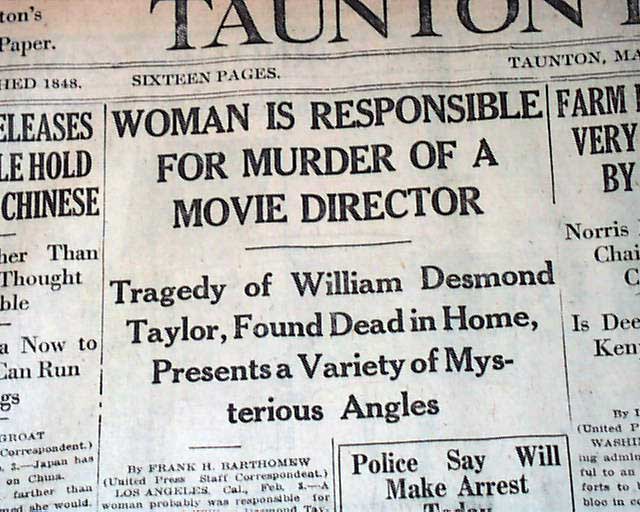 The top of the front page has a two column headline: "WOMAN IS RESPONSIBLE FOR MURDER OF A MOVIE DIRECTOR" with subhead. (see) First report coverage on the murder of famed actor and director William Desmond Taylor which is still unsolved till this day.
Sixteen pages, light toning and a little wear along the margins, generally good. Should be handled with care. 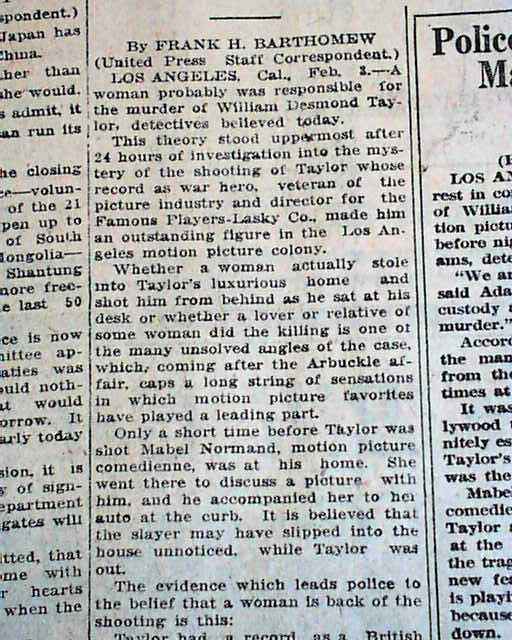 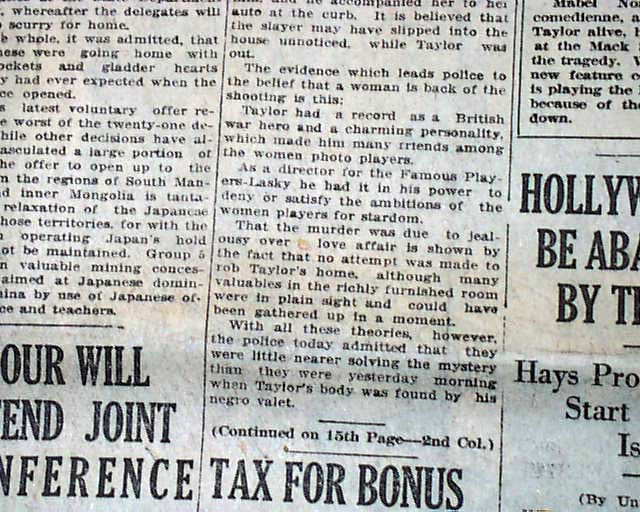 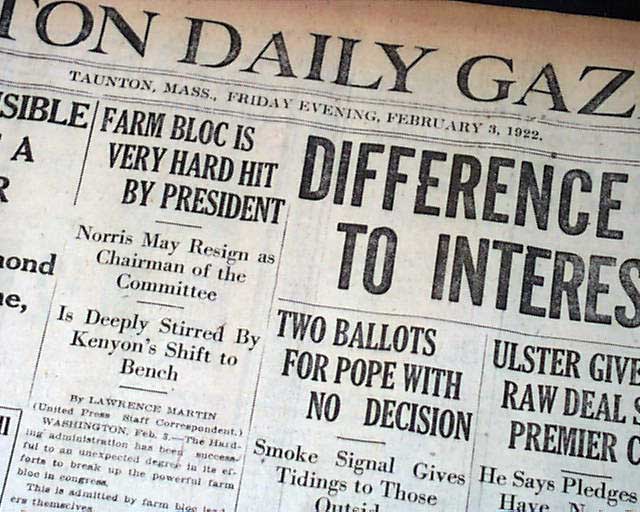 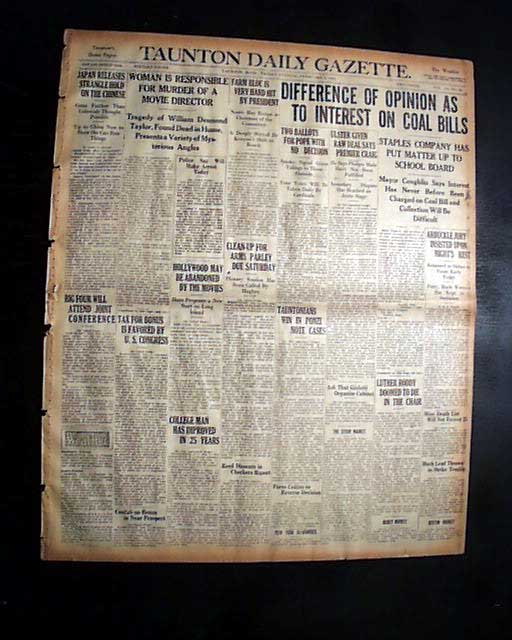 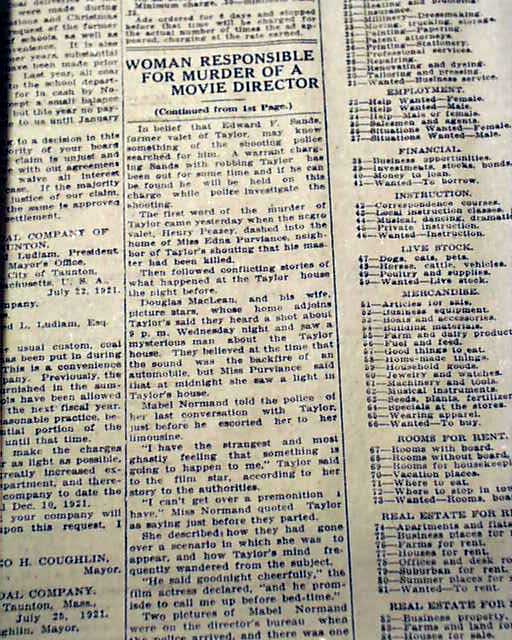 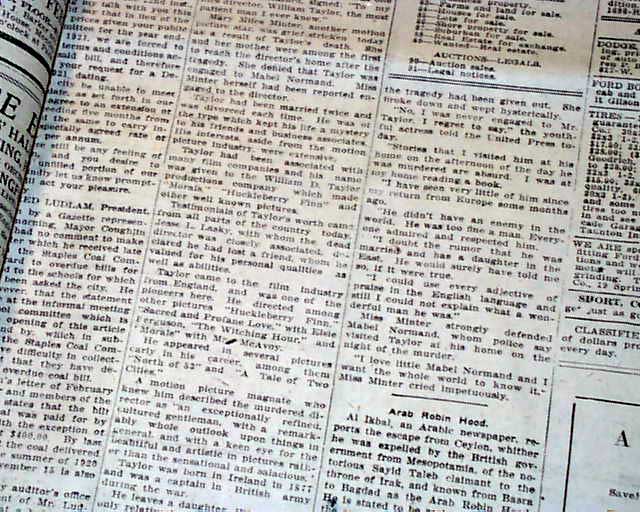