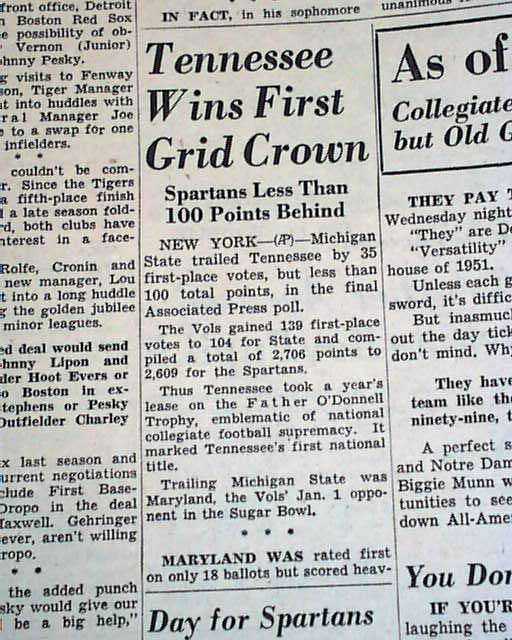 wikipedia notes: The 1951 college football season finished with seven unbeaten major college teams, of which five were unbeaten and untied. Ultimately, the Tennessee Volunteers were voted the best team by the Associated Press, followed by the Michigan State Spartans, with the Vols having a plurality of first place votes (139 to 104). Tennessee lost in the Sugar Bowl to the equally undefeated and untied #3 Maryland Terrapins, but the postseason games didn't count, so the Terps did not have a share of the national title.