Home > Back to Search Results > The Hatteras Shoals...
Click image to enlarge 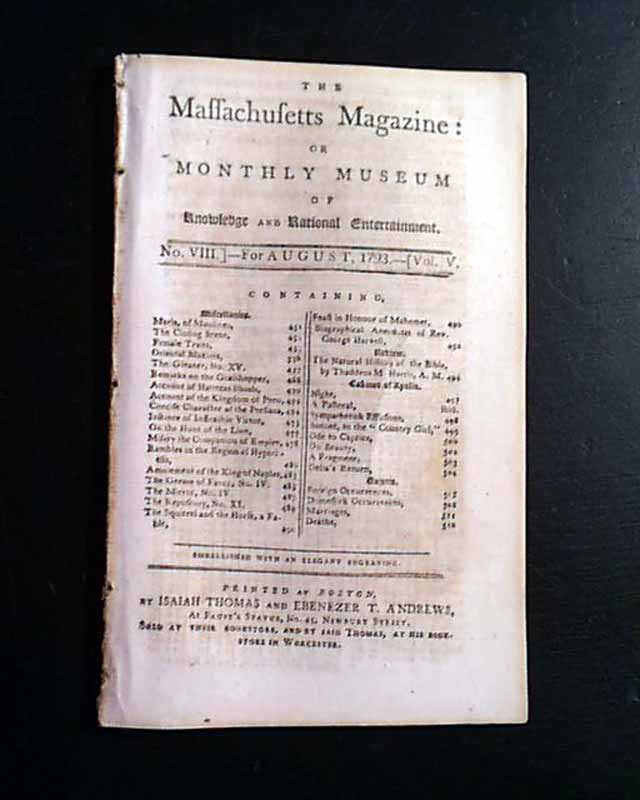 Item # 667737 THE MASSACHUSETTS MAGAZINE, Boston, August, 1793  (note: the "July" at the top of page 1 is a printer's error) Articles include: "Accounts of Hatteras Shoals" "Concise Character of the Persians" and more.
Near the back is the "Monthly Gazette" with news reports including much on the French Revolution, plus: "Domestick Occurrences" which includes headings: "Ambuscade and Boston Frigates" "Murder and Piracy" "Southern Indians" "American Commerce" and more.
Lacking the plate called for.
Complete in 64 pages, 5 1/4 by 8 1/4 inches, full title/contents page, great condition.