Home > Back to Search Results > 1st ever tank battle... World War I...
Click image to enlarge 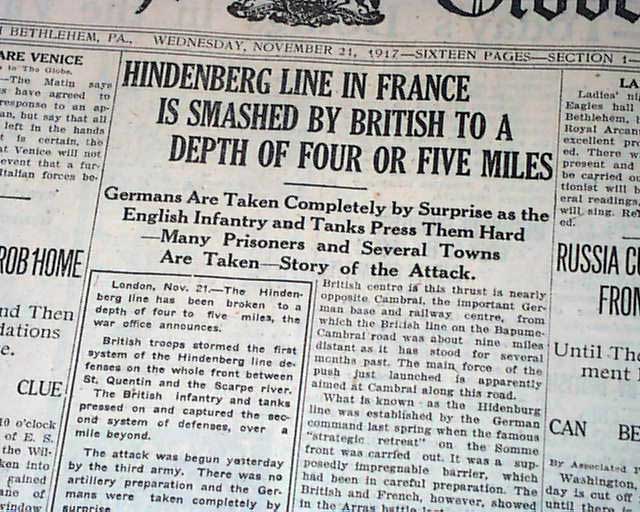 The top of the front page has a two column headline: "HINDENBERG LINE IN FRANCE IS SMASHED BY BRITISH TO A DEPTH OF FOUR OR FIVE MILES" with subhead. (see) First report coverage on what is considered the first successful tank battle which occurred during the Battle of Cambrai in World War I.
Sixteen pages, light toning and minor wear at the margins, a few small binding holes along the spine, should be handled with care.