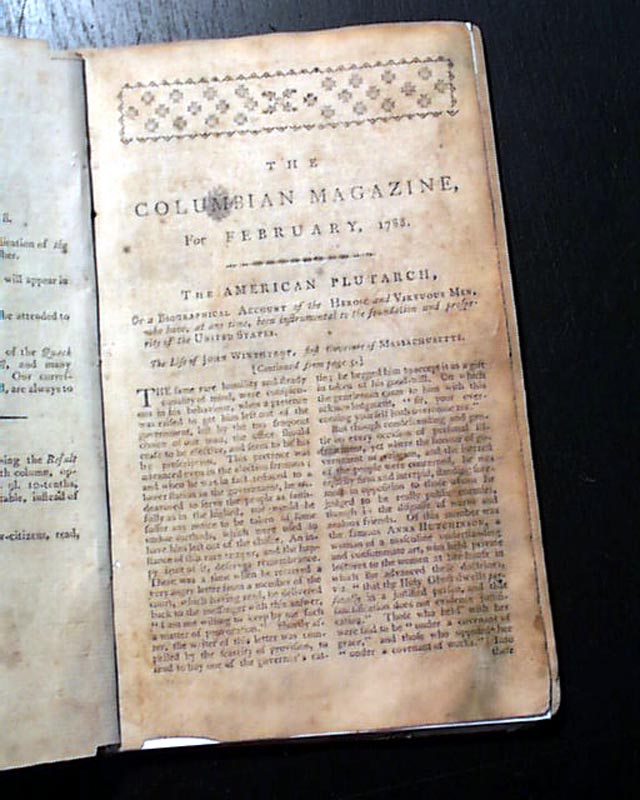 Articles include a continued article: "A Tract on the Unreasonableness of the Laws of England in Regard to Wives" "On the Choice of a Husband" "State of Religion in Virginia--From Mr. Jefferson's Notes" which takes 3 1/2 pages; "An Account of Some Ancient Customs in Wales" "Customs & Traditions Among the Indians" & much more.
At the back is "Domestic Intelligence" with the latest news of the day including a call by the state of New York for a convention to discuss & approve the proposed federal constitution. Also mention that Ben Franklin was elected president of the "society for political inquiries".
Lacking the plates called for.
Complete in 64 pages, full title/contents page, 5 by 8 inches, various foxing & some damp staining throughout. Two leaves near the front are present in photocopy, not containing any mentioned reports.