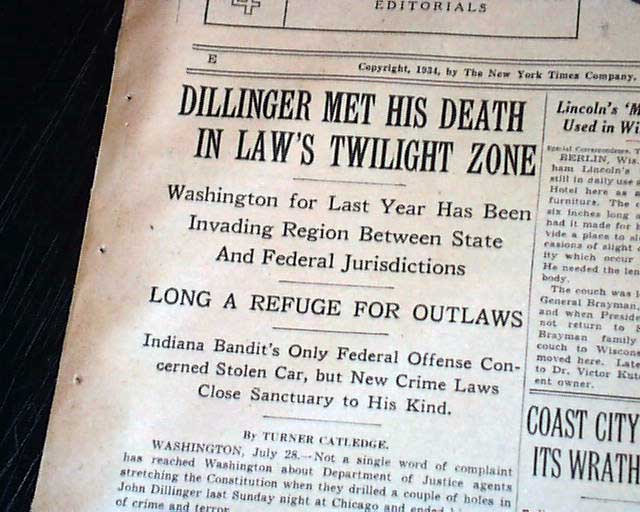 The top of the front page of this section has an editorial on the recent killing of bandit John Dillinger with two column headline: "DILLINGER MET HIS DEATH IN LAW'S TWILIGHT ZONE" with subheads. (see)
Other topics throughout. Complete section 4 only with all 8 pages, light toning, generally nice.