Home > Back to Search Results > Defense of Thomas Jefferson takes most of the front page...
Click image to enlarge 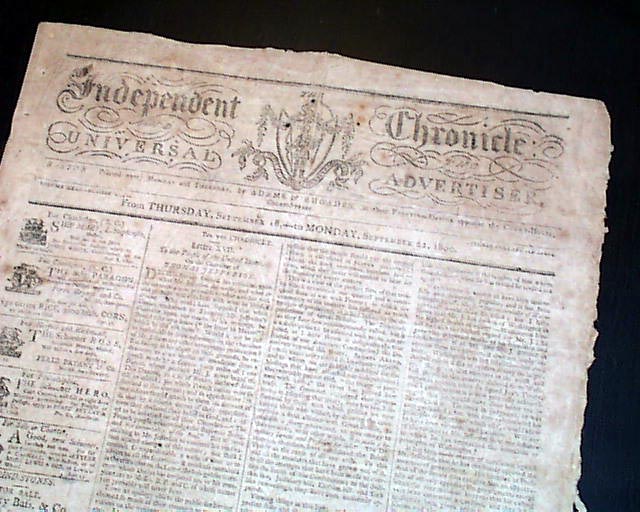 Defense of Thomas Jefferson takes most of the front page...


INDEPENDENT CHRONICLE & UNIVERSAL ADVERTISER, Boston, Sept. 22, 1800  Three-quarters of the ftpg. is taken up with: "Letter XVII to the People of the United States On the Character of Thomas Jefferson". The letter seems to defend the character & actions of Jefferson against criticisms from others.
The issue of religion is address, noting in part: "...As we are a religious people, it has been tho't to attack Mr. J. upon that ground would produce most effect; but I think, by removing misrepresentation, by fairly quoting what Mr. Jefferson has written, he stands not only perfectly clear of the atheism and impiety which have been attributed to him, but that his pure morality & religion are manifest to every intelligent & candid observer..." with much more.
This lengthy letter carries over to page 2.
Four pages, never bound nor trimmed, various foxing, an older tape mend near the bottom affects a few words.