Home > Back to Search Results > A Boston magazine from 1793...
Click image to enlarge 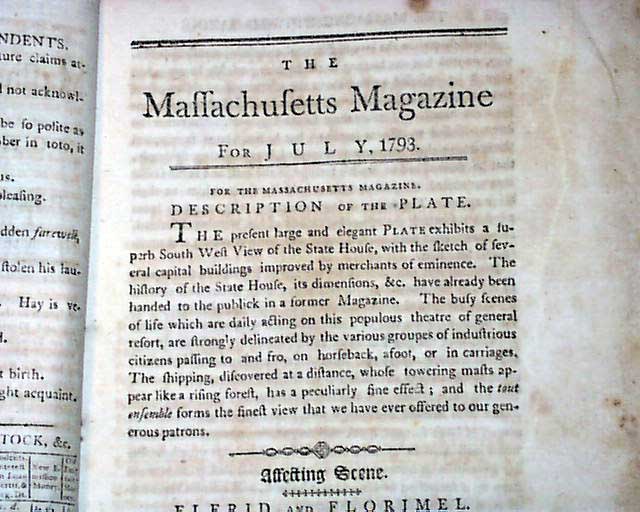 Item # 667607 THE MASSACHUSETTS MAGAZINE, Boston, July, 1793  Page 1 has a descriptive article of the State House (the plate called for is lacking).
Also in this issue: "Essay on Female Charms" "Of Various Phenomena of the Ocean" "The Benefits of Adversity" "On the Excellence of Christianity" & much more.
At the back is "Foreign Occurrences" and "Domestick Occurrences" which have the news of the day, including headings: "Murder" "Phillip's Academy" "Gaming" "Southern Indians" "Military of Massachusetts" "Celebration of Independence" and more.
Complete in 64 pages, 5 3/4 by 9 1/4 inches with wide, never-trimmed margins, a bit irregular at some margins, nice condition.