Home > Back to Search Results > Nice Masonic content... With the plate of the Merrimack River bridge...
Click image to enlarge 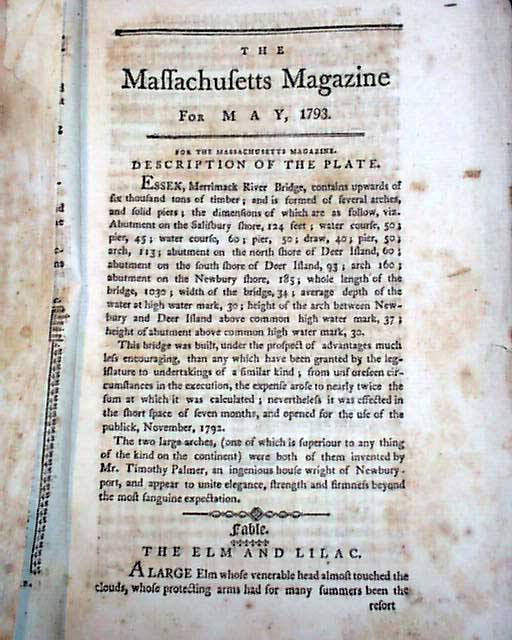 Nice Masonic content... With the plate of the Merrimack River bridge...

Among the articles is a description of a new bridge over the Merrimack River. The plate of it called for is present however has damage (see). Such plates are typically lacking.
Other articles include: "Description of Cracow, in Poland" "Masonick - Social Influence of Free Masonry" & much more.
Near the back is: "Domestick Occurrences" with the latest news including such headings as: "Counterfeit Dollars" "Federal City Lottery" "Frontier Army" "Indian Depredations" & more.
Complete in 64 pages, 6 by 9 inches with wide, never-trimmed margins various minor tears at the wide margins, good condition. 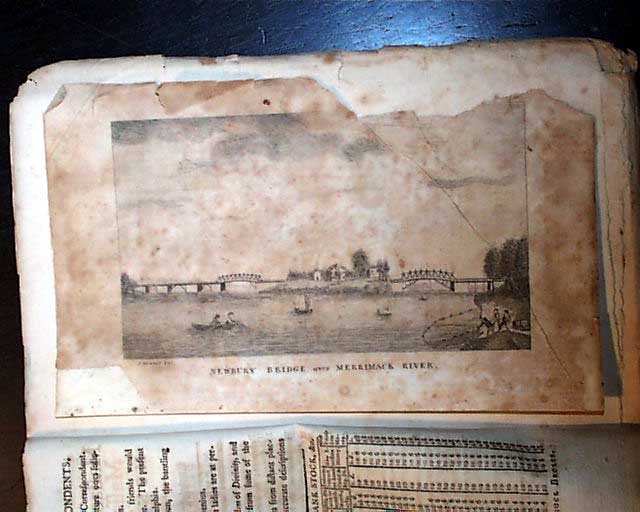 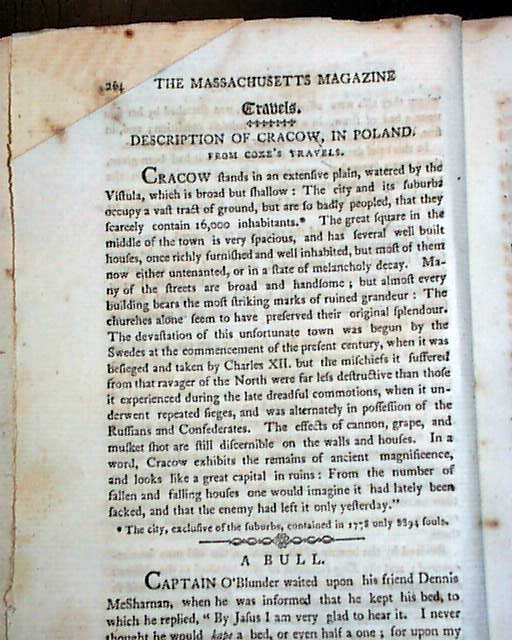 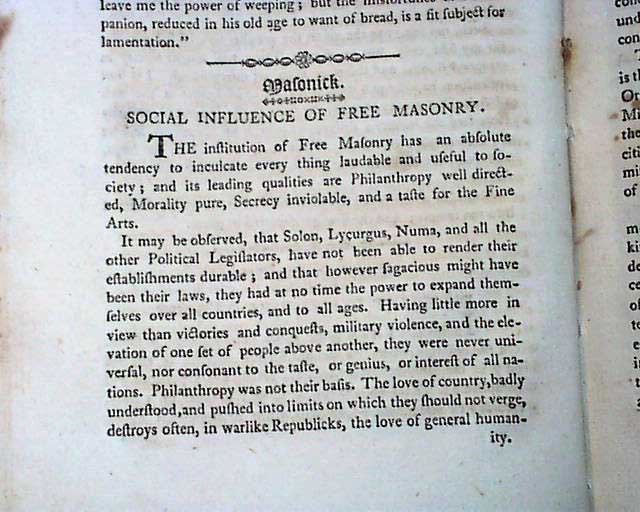 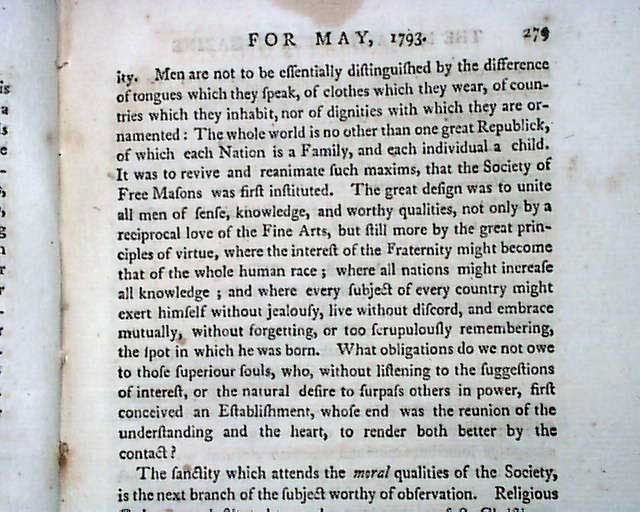 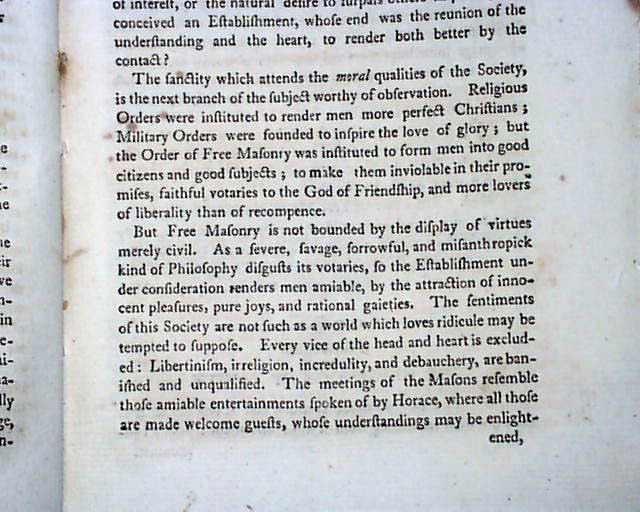 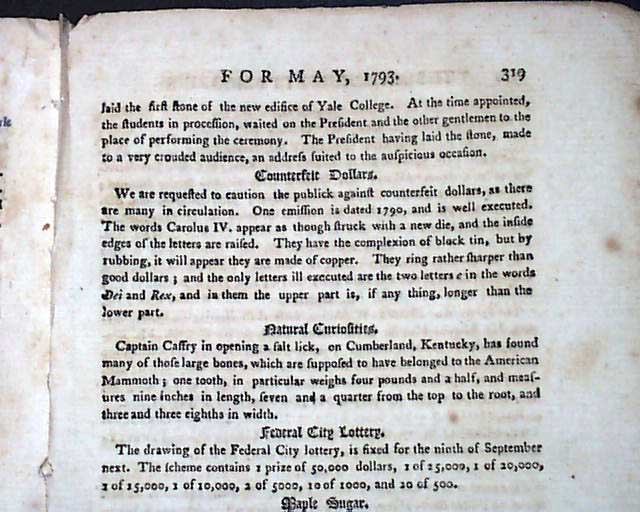 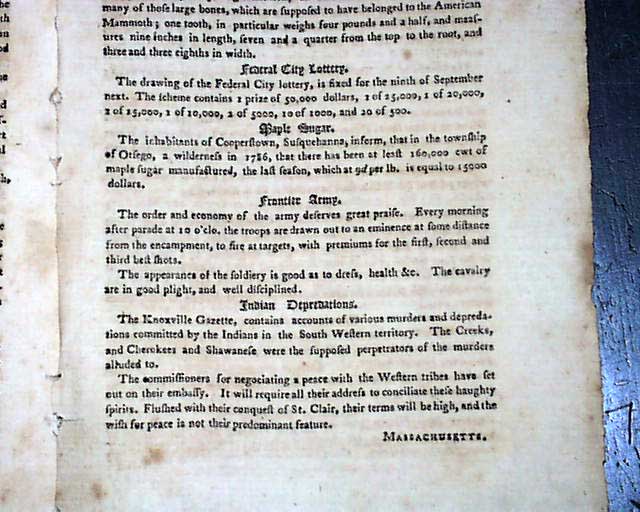 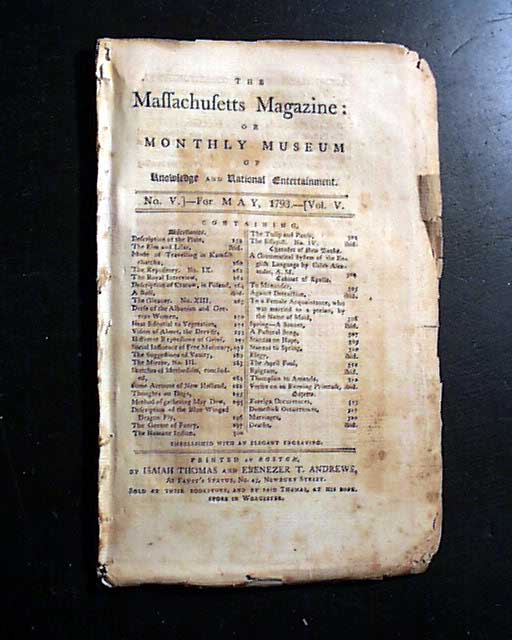