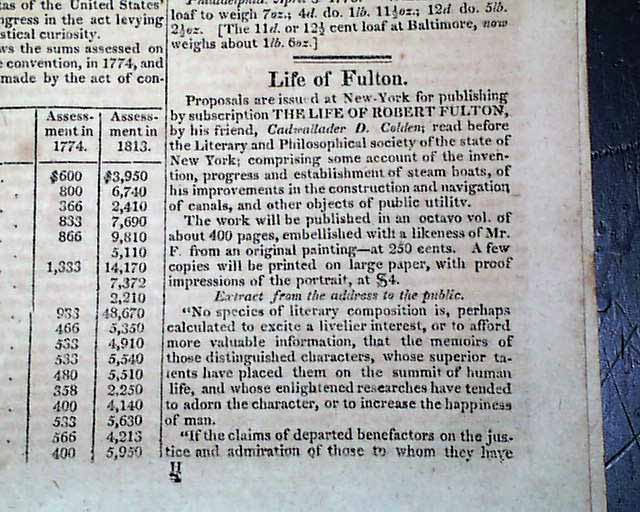 The most interesting article is: "African Colonization" which is introduced by: "The following is an extract of a letter written by Thomas Jefferson..." datelined at Monticello, Jan. 21, 1811, and signed by him in type: Thomas Jefferson.
Other items are: "Life of Fulton" being Robert Fulton; nearly half a page on: "The Shakers" "Cherokee Warriors" "Franklin's Correspondence" and much more.
Sixteen pages, 6 by 9 1/2 inches, nice condition.