Home > Back to Search Results > Signed by Jefferson & Adams...
Click image to enlarge 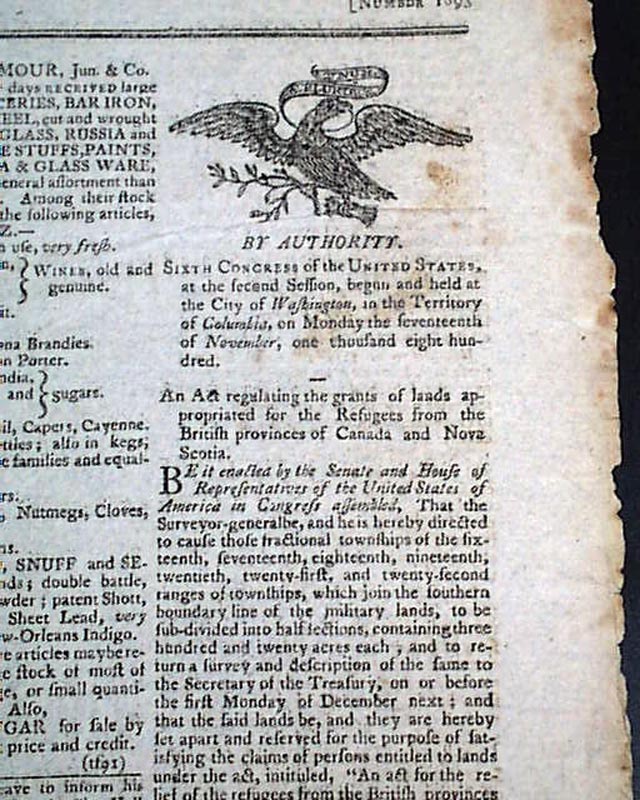 
THE CONNECTICUT COURANT, Hartford, May 4, 1801  Headed with an engraving of a heraldic eagle, the front page has an Act of Congress concerning ranting of land to refugees from Canada, presumably for Loyalists who fled to Canada after the Revolutionary War, signed in type by Vice President Th. Jefferson & President John Adams .
Also on the ftpg. & carrying over to page 2 are correspondences signed by Wm. Bainbridge concerning out troubles with Tripoli, a war which would last until 1805. Page 2 also has a "Proclamation" signed in type by: Buonaparte, and other events from Europe.
Four pages, nice condition. 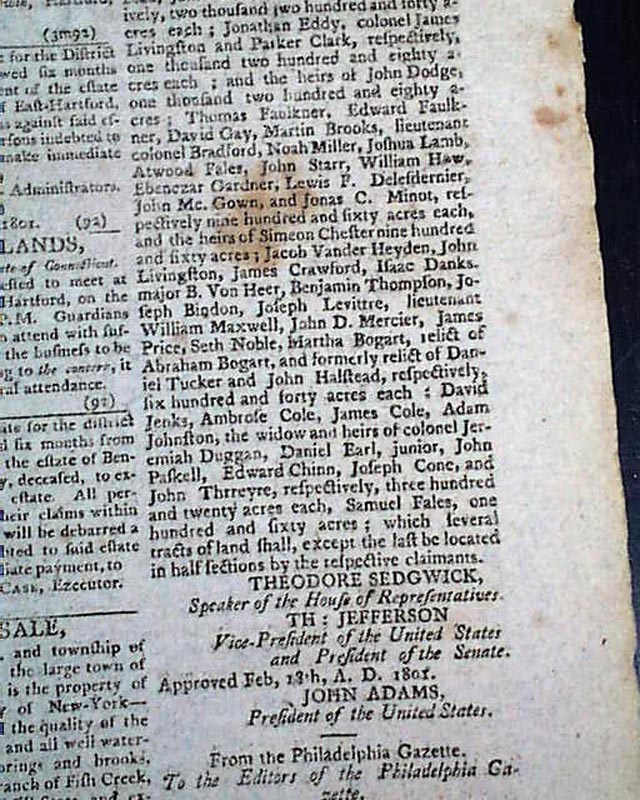 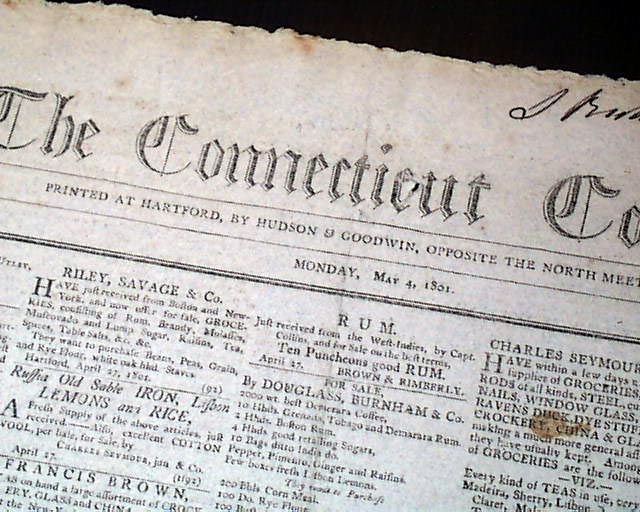 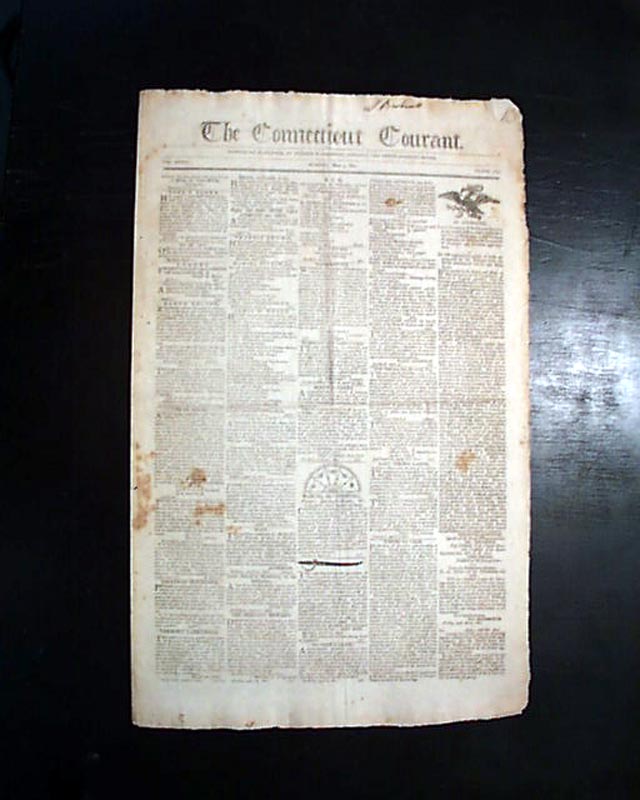 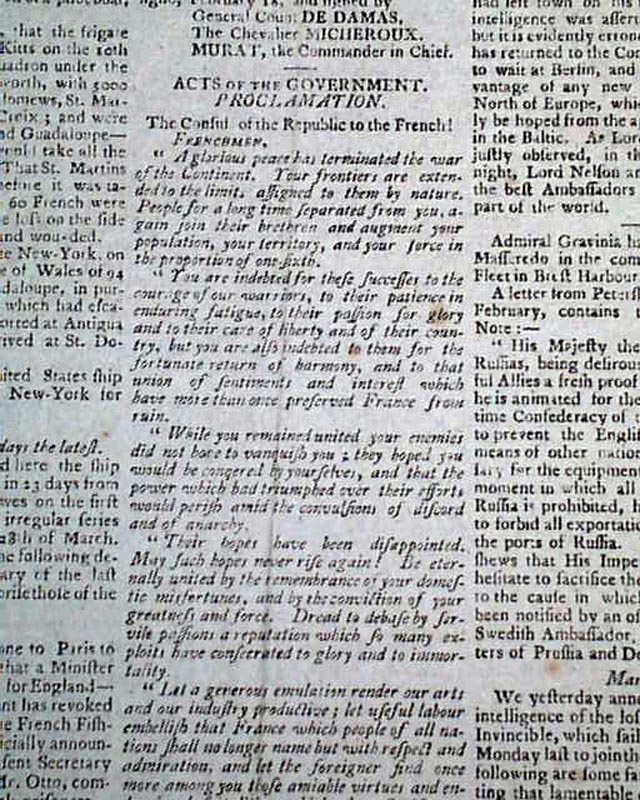 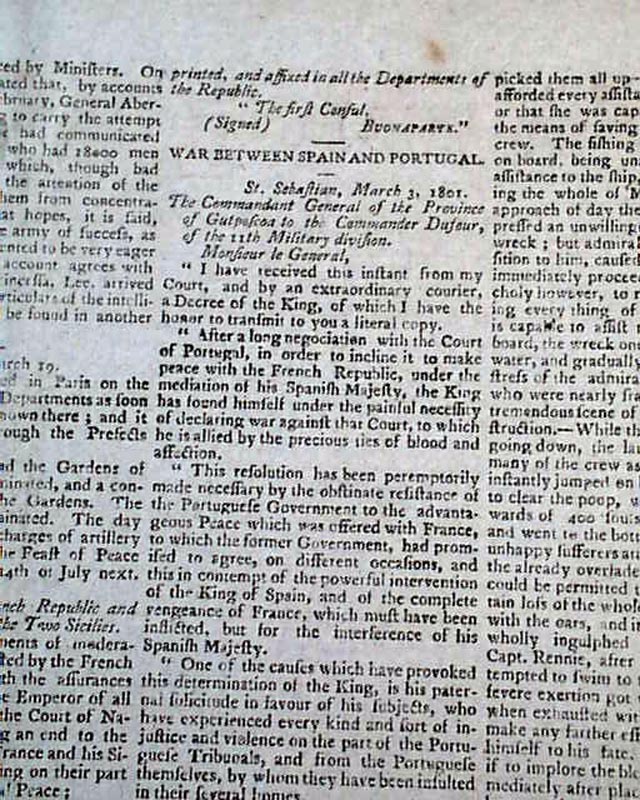 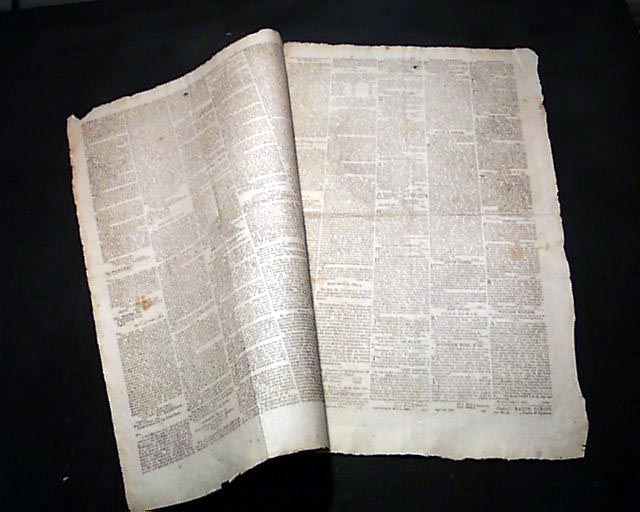