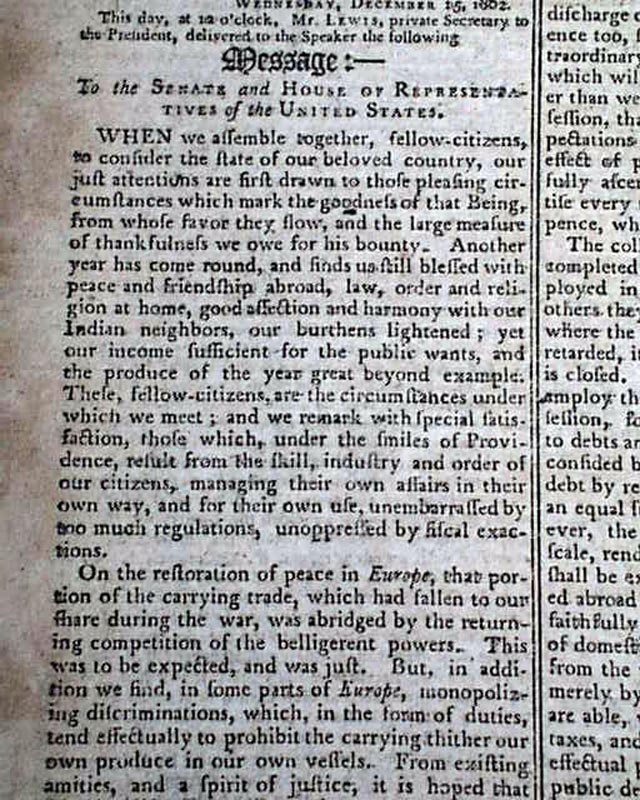 Half of page 2 is taken up with the President's annual state-of-the-union address, a tradition begun with Washington and which continues to this day.
It is headed: "Message to the Senate & House of Representatives of the United States" which, perhaps unique to Jefferson, was actually delivered by Jefferson's secretary ("Mr. Lewis", of Lewis & Clark fame) rather than Jefferson himself. It is signed in script type at its conclusion: Th. Jefferson. Following this lengthy account are several editorial items on the Message.
Four pages, nice condition.