Home > Back to Search Results > Thomas Jefferson on the Louisiana Purchase...
Click image to enlarge 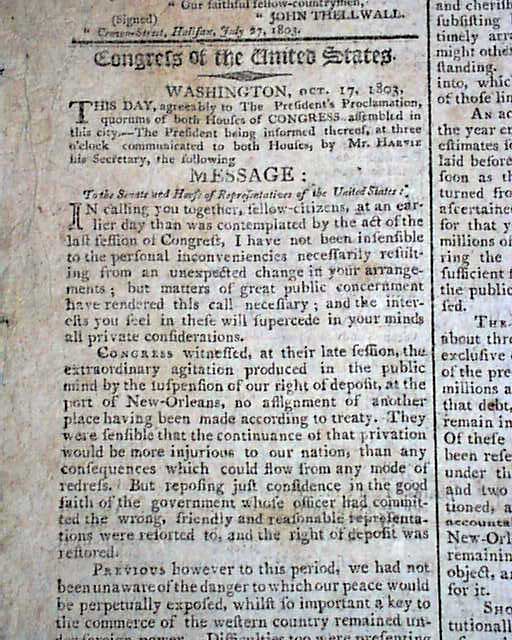 Thomas Jefferson on the Louisiana Purchase...

Half of page 2 is taken up with the: "MESSAGE" of Thomas Jefferson to Congress, being his annual state-of-the-union address signed by him in italic type: Th. Jefferson.
Not surprisingly, most of Jefferson's address is concerning the Louisiana Purchase, a timely event near the end of 1803. One bit includes: "Should the acquisition of Louisiana be constitutionally confirmed & carried into effect, a sum of nearly thirteen millions of dollars will then be added to our public debt..." with more. The purchase would be ratified the following month.
Four pages, a bit irregular at the spine, some minor margin tears.