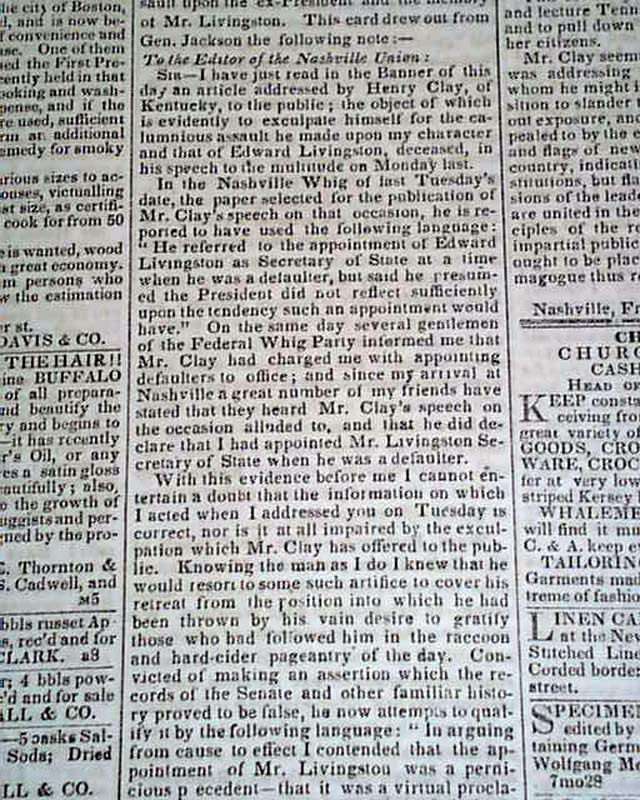 Page 2 has the lengthy: "President Jefferson's Speech" which is his inaugural address, introduced with: "This day, at 12 o'clock, Thomas Jefferson, President of the United States, took the oath of office & delivered the following Inaugural Speech..." which takes nearly two columns.
One portion includes: "...I know that the acquisition of Louisiana had been disapproved of by some, from a candid apprehension that the enlargement of our territory may endanger its union. But who can limit the extent to which the federative principle may operate effectively? The larger our association, the less will it be shaken by local passions...". This lengthy address is signed by him in type: Th. Jefferson.
Four pages, some very light damp staining, nice condition.