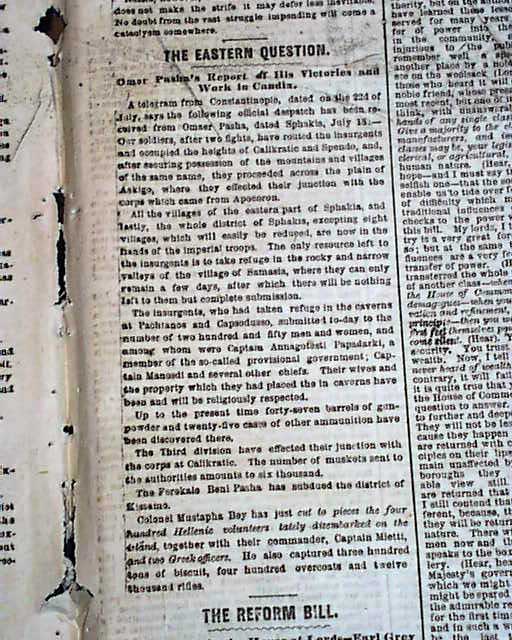 Page 4 has a heading: "Omar Pasha's Report of His Work in Candia" with the report on  page 5 under: "The Eastern Question"
Other news and advertisements of the day during the reconstruction era shortly after the American Civil War. Complete with 8 pages, some staining with a few printing flaws, generally good.