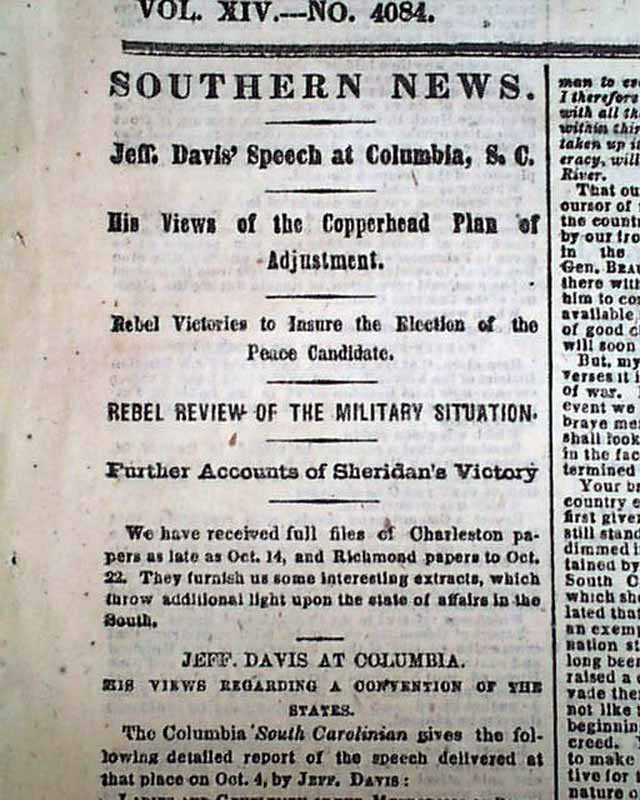 Among the ftpg. column heads on the Civil War are: "Southern News" "Jeff. Davis' Speech at Columbia, S.C." "His Views of the Copperhead Plan of Adjustment" "Rebel Victories to Insure the Election of the Peace Candidate" "Further Accounts of Sheridan's Victory" "Sherman's Army--From Atlanta" "The War In Missouri" "Longstreet In The Field Again" includes a dispatch signed in type: J. Longstreet, Lieut. Gen. which includes: "Soldiers, let us not go backward!...Let our future eclipse it in our earnestness for glory, our love of country & our determination to best the enemy." (see). The Jeff Davis speech would seem to be a verbatim account, although not signed by him in type (see photos for beginning). Also a brief dispatch at the bottom of the page signed: R. E. Lee (see).
Eight pages, nice condition.