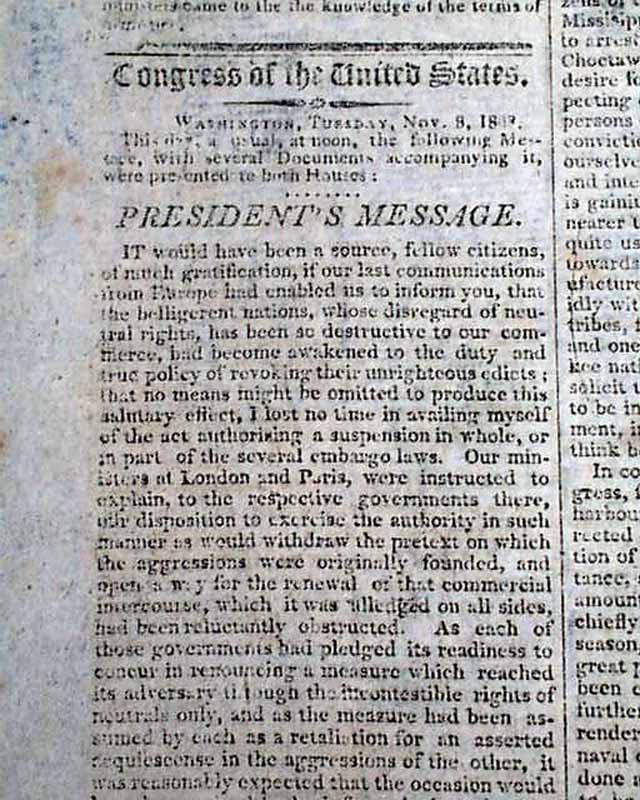 Close to half of page 2 is taken up with the: "President's Message" which is Jefferson's last annual state-of-the-union address, a tradition begun with Washington and which continues to this day.
Rather than delivered orally, Jefferson chose to present his Address in writing to both Houses of Congress. Much review on the events of 1808 and of his accomplishment during his two terms as President. It is signed in type: Th. Jefferson.
Following this is an editorial review of the message.
Four pages, very nice condition.