Home > Back to Search Results > Execution of slaves in Antigua...
Click image to enlarge 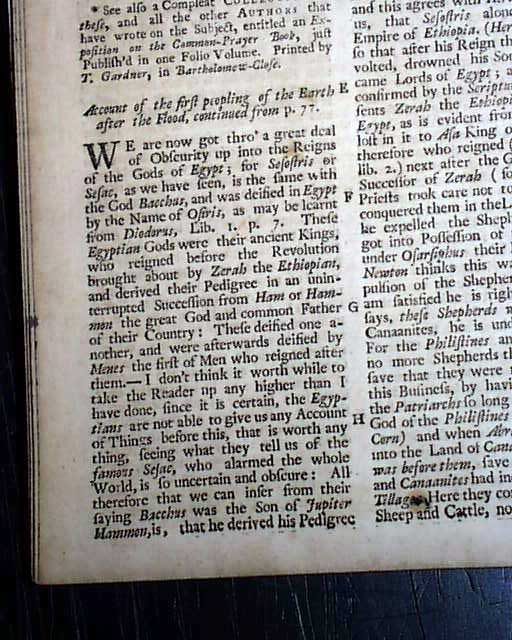 Execution of slaves in Antigua...

Item # 667285 THE GENTLEMAN'S MAGAZINE, London, March, 1737  Among the articles noted in the table of contents are: "Quakers' Plea Against Tythes full Answer'd" "God Exists by the Necessity of Nature" "Sir Isaac Newton Mistaken" "A.B's Reply to Mr. N. Facio on Hebrew Poetry" "The Jesuit Unmasked" "Liberty of the Press the Strongest Barrier of Liberty" "Reflections on Peace & Taxes" and more.
Near the back is a section headed: "Historical Chronicle" with news from England & other parts of Europe. There is also a report on the "Execution of Negroes at Antigua" which takes over half a page.
There are no maps or plates called for in this early issue.
There is also an article concerning an "ancient" coin which was found, which includes two prints of the coin.
Complete in 62 pages, full title/contents page, 5 by 8 inches, very nice condition.