Home > Back to Search Results > The trade in slavery... Executed as pirates...
Click image to enlarge 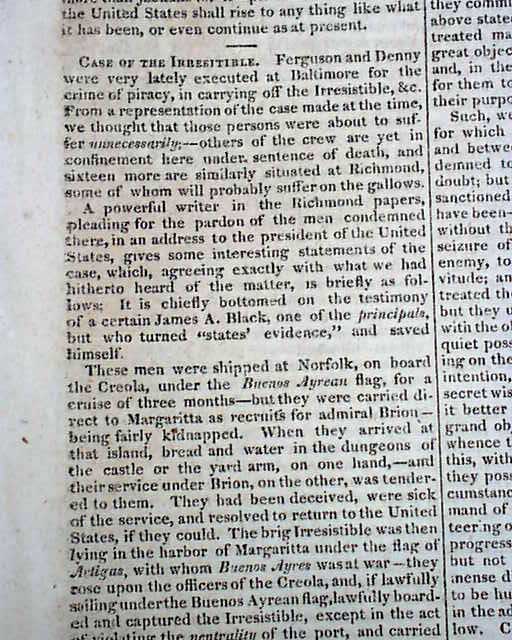 The trade in slavery... Executed as pirates...


NILES' WEEKLY REGISTER, Baltimore, June 17, 1820  An inside page has a nearly two page article titled: "The Slave Trade" which has some fascinating details of the discovery of slave ships, some of the text including: "...I do further declare that the state in which these unfortunate creatures were found is shocking to every principle of humanity, seventeen men shackled together in pairs by the legs, and 20 boys were on the other side in the main hold..." with much more.
Also: "Case of the Irresistible" is the case of Ferguson and Denny recently executed at Baltimore for piracy, with much detail and taking most of a page. Included also is the 8 page "Supplement".
Complete in 24 pages, 6 by 9 1/4 inches, a bit irregular at the spine, good condition.