Home > Back to Search Results > Rumor of freedom sets off a slave insurrection...
Click image to enlarge 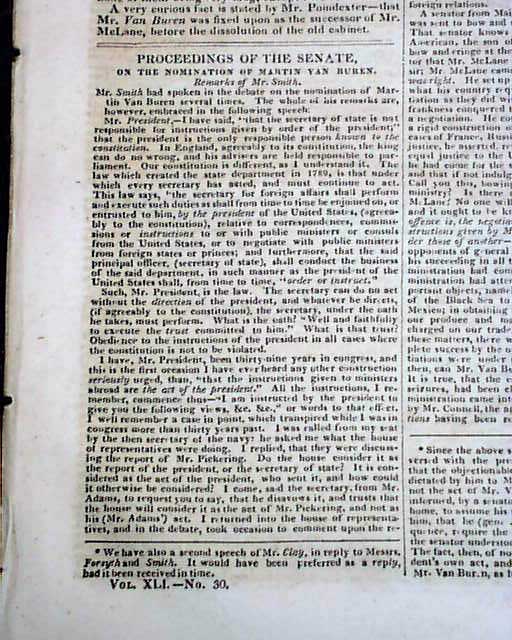 Rumor of freedom sets off a slave insurrection...

Most of the issue is taken up with considerable reporting on: "Proceedings of the Senate - On the Nomination o Martin Van  Buren" as the American minister to Great Britain, which would be rejected by the Senate. But he would go on to become the 8th President of the U.S. Also within is a report of the "rebellious slaves" in Jamaica which begins: "You have taken up arms against your masters and have burnt & plundered their houses and buildings. Some wicked persons have told you that the king has made you free...".
Sixteen pages, 6 1/4 by 9 1/2 inches, great condition.