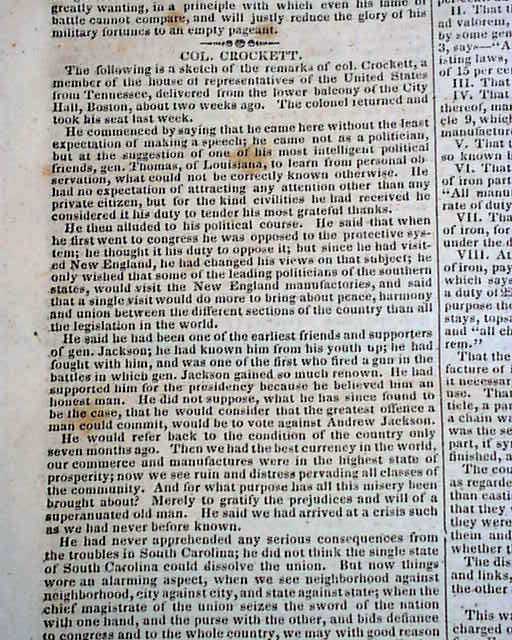 There is much text on: "Reports on the U. States Bank" taking nearly 7 pages. Over half a column is taken up with: "Col. Crockett" which begins: "The following is a sketch of the remarks of col. Crockett, a member of the house of representatives of the United States from Tennessee, delivered from the lower balcony of the City Hall, Boston, about two weeks ago. The colonel returned & took his seat last week..." with more.
Near the back is a very brief--yet quite early--report on the Mormons: "It is said that these poor fanatics, the Mormonites, have armed themselves to reconquer their 'Holy Land', in Missouri. They count 500 men, and seem made enough for the 'trial of battle'."
Also in this issue: "Law Against Gaming" in the state of Massachusetts; also: "The Coin Bill" which is: "A bill Regulating the Value of certain foreign silver coins within the United States", and "The Bonaparte Family and France" and much more.
Sixteen pages, 6 by 9 3/4 inches, scattered foxing, nice condition. 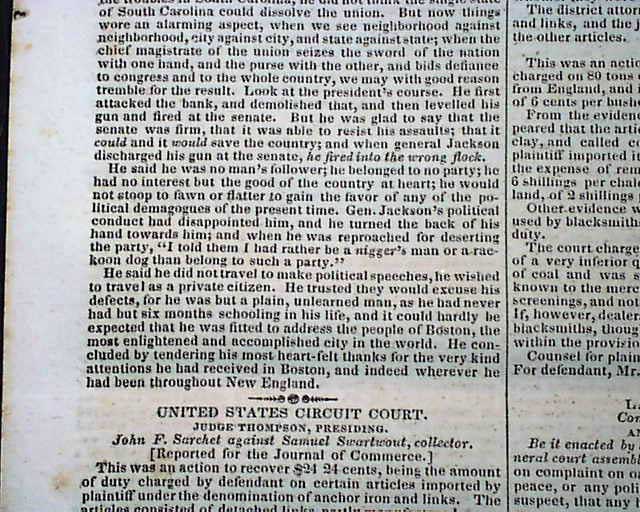 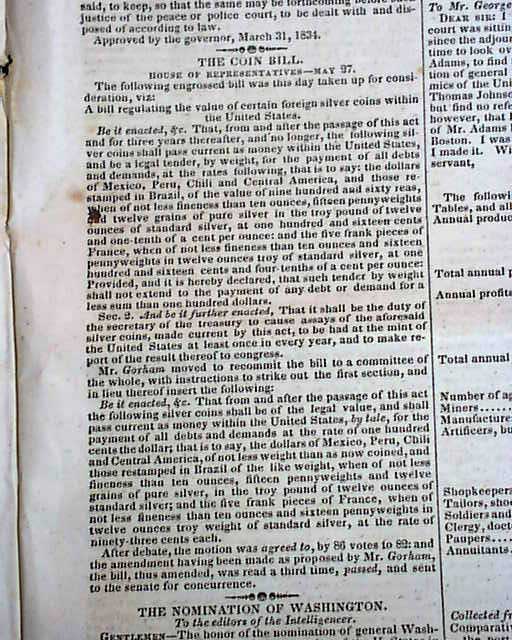 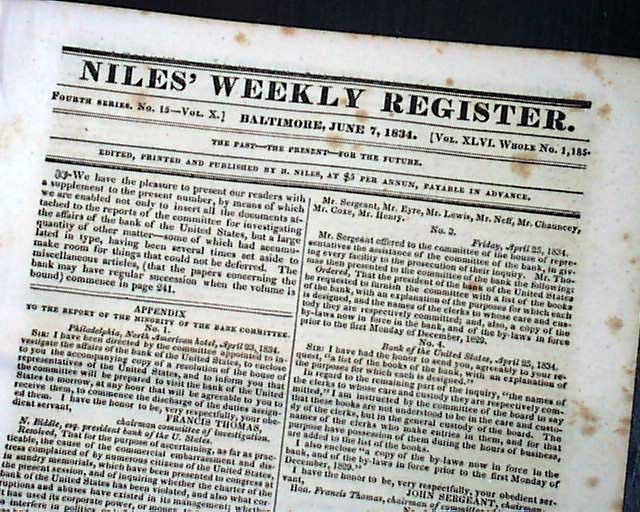 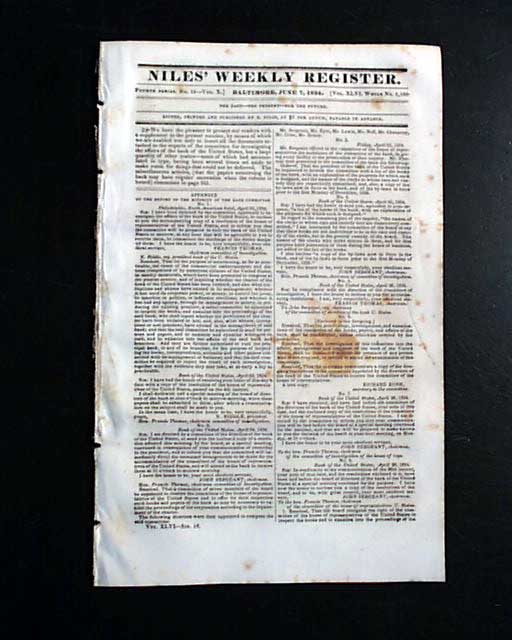