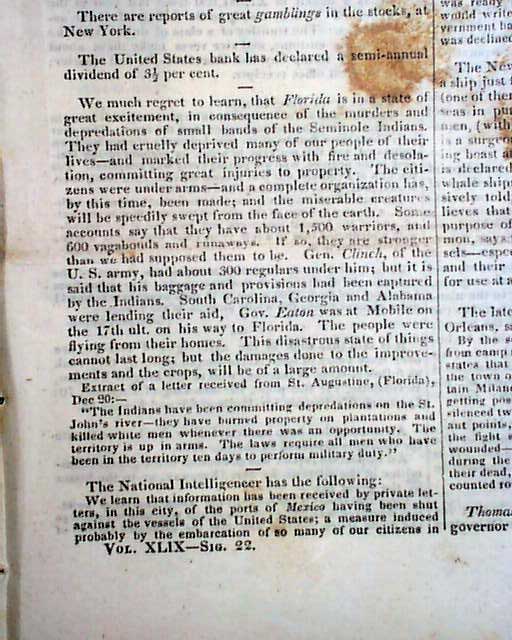 
NILES' WEEKLY REGISTER, Baltimore, Jan. 9, 1836  The front page has a report headed: "The latest news from Texas, received by way of New Orleans, says:---" with the text reading in part: "By the schr. Julius Caesar we learn that the last accounts from camp received by express at Bragoria on the 11th instant states that on the morning of the 5th an attack was made on the town of San Antonio by the Texian army, headed by captain Milane & after a hard fight of 36 hours, succeeded in getting possession of three stone houses..." with further details.
Inside has: "Washington's Opinions of Slavery" from 1786.
Sixteen pages, 6 1/4 by 9 1/4 inches, scattered foxing, nice condition. 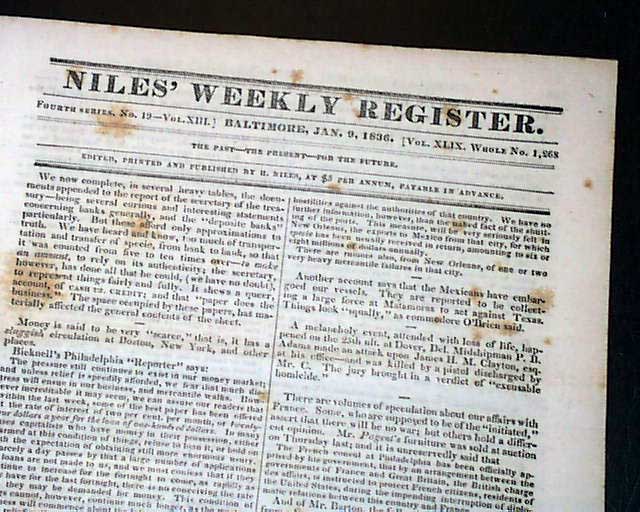 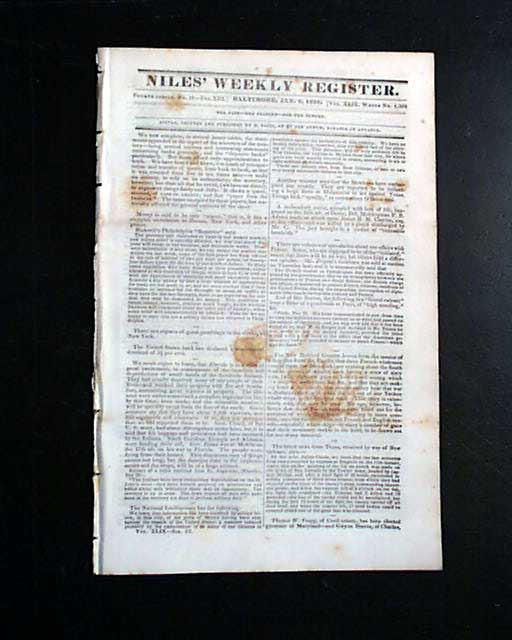 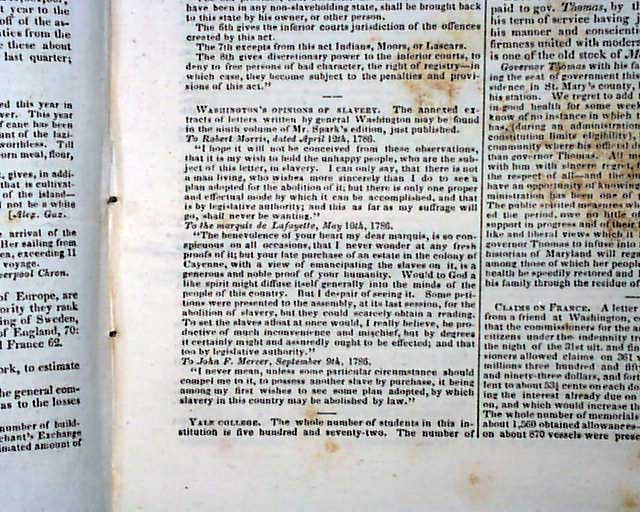