Home > Back to Search Results > Battle of Amelia Island...
Click image to enlarge 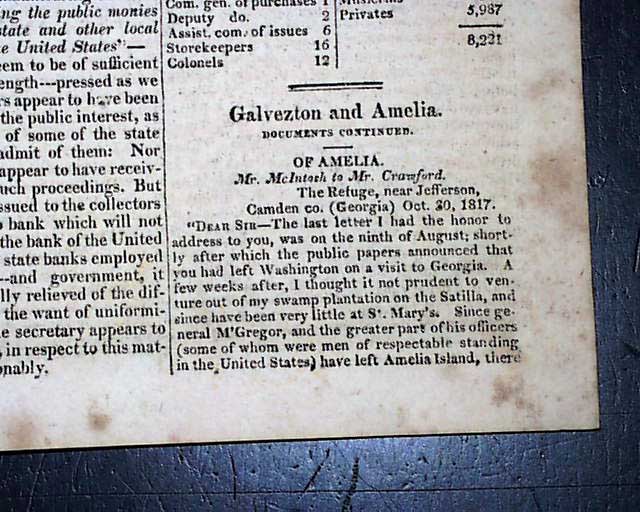 
NILES' WEEKLY REGISTER, Baltimore, Jan. 3, 1818  Inside has a lengthy article: "Galveston and Amelia - of Amelia" which has some fine reports on the Battle of Amelia Island, just off the coast of northern Florida/southern Georgia. One dispatch notes: "The patriotism of Amelia island appears to be confined to privateering and plundering. General Aury has the command."
Inside has 2 unrelated letters signed in type by: John Quincy Adams, and one by J. C. Calhoun.
Sixteen pages, 6 by 9 inches, nice condition.