Home > Back to Search Results > "Don't give up the ship!"...
Click image to enlarge 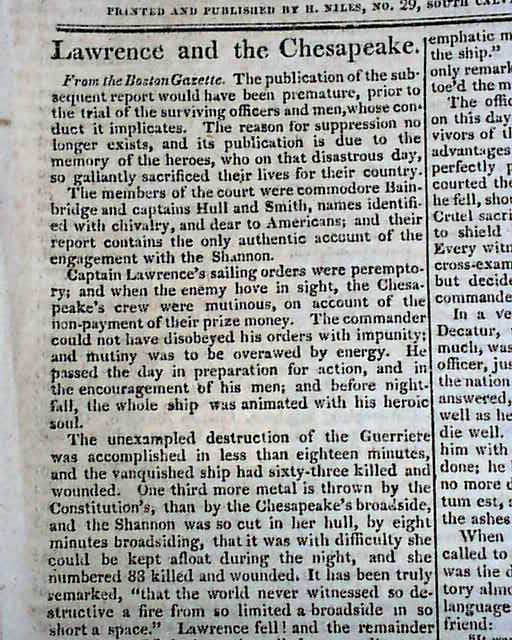 
NILES' WEEKLY REGISTER, Baltimore, July 22, 1815  The entire front page and almost all of page 2 are taken up with: "Lawrence and the Chesapeake" which has much on the battle which cost Captain Lawrence his life.
Portions of the report include: "...Lawrence fell! and the remainder of the fight, if fight it can be called, was as disgraceful as the first eight minutes were brilliant. The moment after captain Lawrence was carried below....Although Lawrence was prostrate, his soul was in arms. From the cockpit he issued his memorable orders, 'keep the guns going'--'fight her till she strikes or sinks'--and when he knew that the enemy had carried the spar deck, he sent the emphatic message to the gun deck, 'Don't give up the ship.'..." with more.
Terrific to have this famous quote on the front page of a period newspaper. The report is signed at the conclusion: Wm. Bainbridge.
Inside has over 5 pages taken up with: "Dartmoor Documents" with has much detail. This is followed by: "War Events".
Sixteen pages, 6 1/4 by 9 1/2 inches, very nice condition. 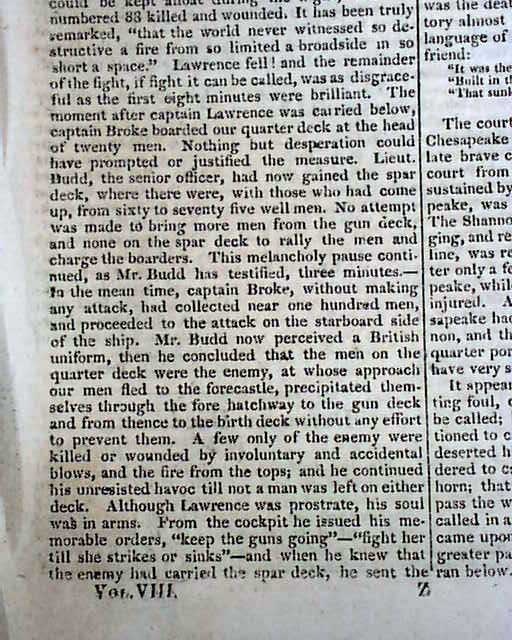 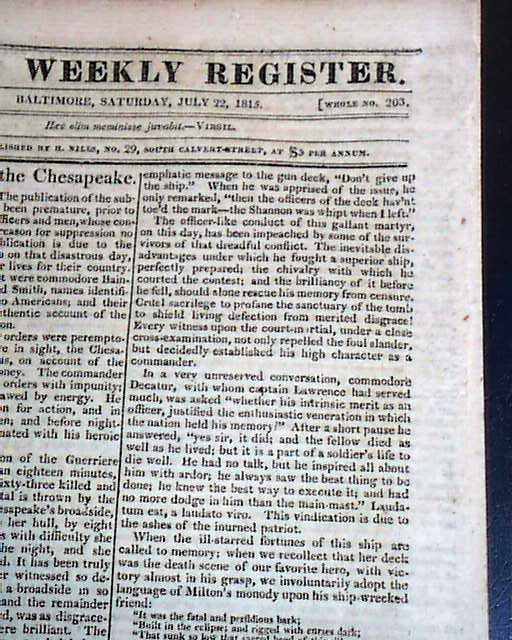 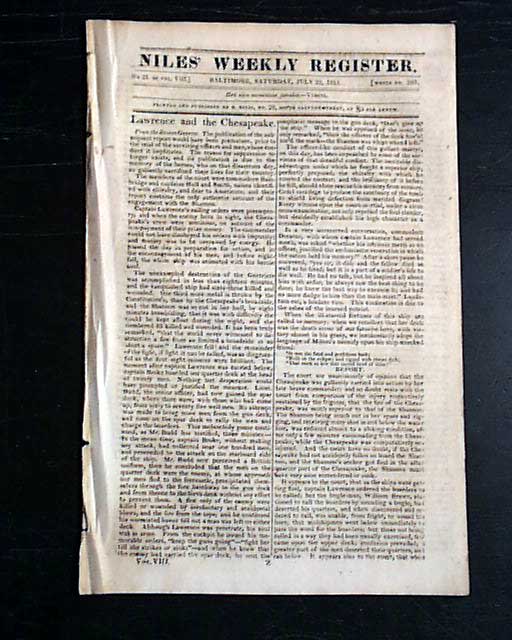 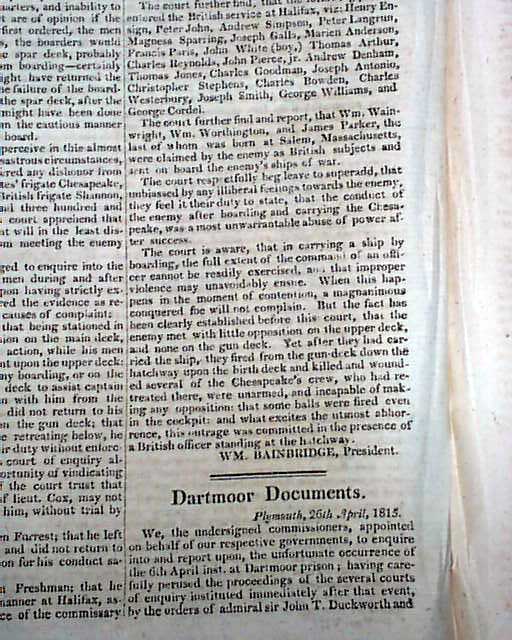 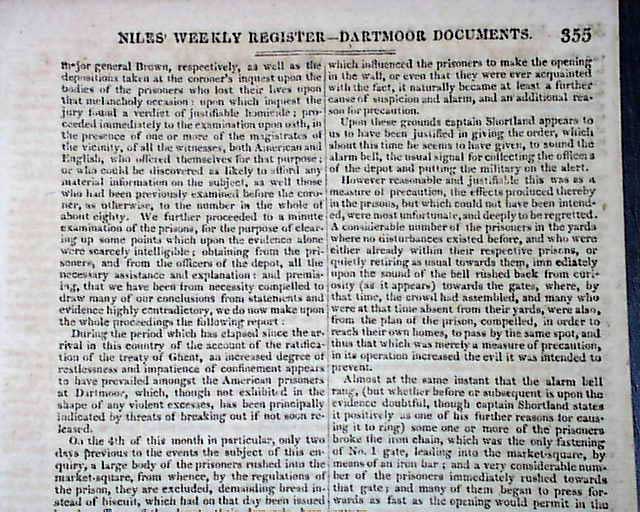 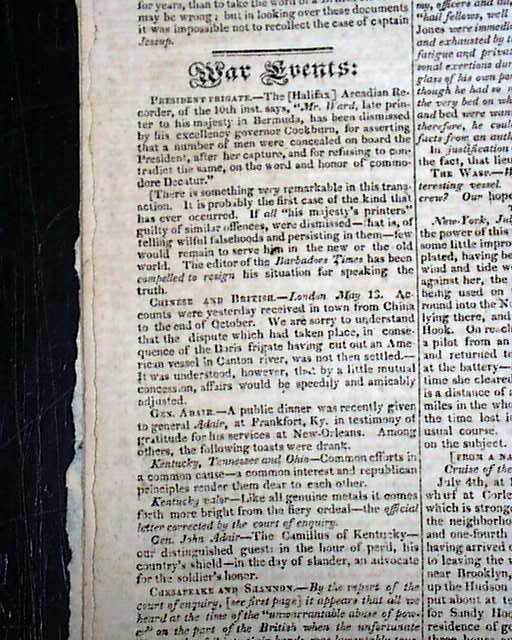