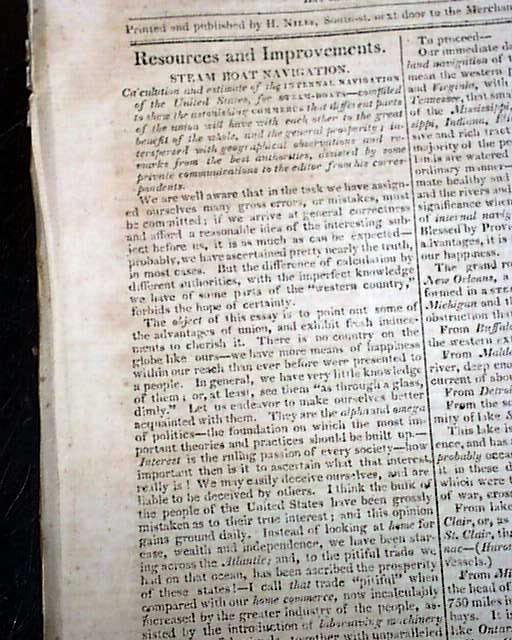 
NILES' WEEKLY REGISTER, Baltimore, Aug. 20, 1814  The front page begins with: "Steam Boat Navigation" which takes nearly 3 pages. Inside has: "The Essex Frigate" which takes a page. "Canada Papers" takes over a page & has items relating to the War of 1812.
"Events of the War" take almost 9 pages with a great wealth of reporting on the War of 1812. Subheads & reports include: "Negociation" "Defence of New York" "British Grumbling" "N.W. Indians" "Military--From the Canadian Frontier" "Naval--News from the Ontario Fleets"; a letter dated from Sackett's Harbor; "The Enemy in the Chesapeake" and so much more.
Sixteen pages, 6 by 9 1/2 inches, very nice condition.