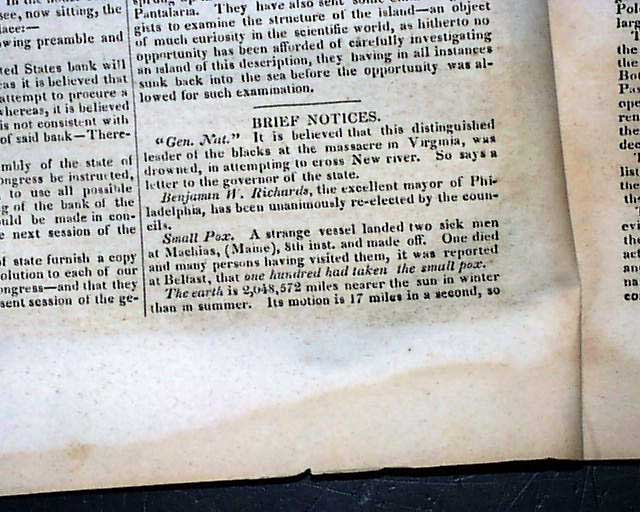 Page 2 includes a rather brief report headed "Gen. Nat" which reads: "It is believed that this distinguished leader of the blacks at the massacre in Virginia, was drowned, in attempting to cross New river. So says a letter to the governor of the state."
This report proved to be untrue as he was hanged a month later for his role in the recent slave uprisings.
Sixteen pages, 6 1/2 by 9 1/2 inches, toning at the margins, good condition.