Home > Back to Search Results > Victory at San Jacinto... The Goliad massacre...
Click image to enlarge 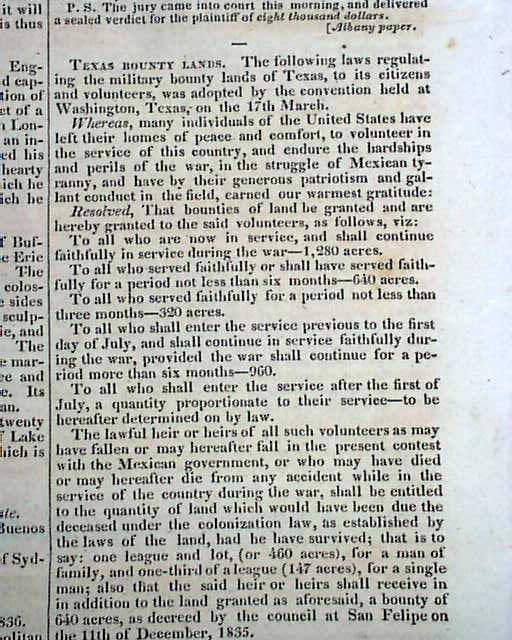 Pages 2 & 3 have a lengthy item on "Texas Bounty Lands". On another page is: "From Texas" which begins: "The account of an important victory achieved by gen. Houston over the Mexicans is confirmed...but we are still doubtful about the capture of Santa Anna..." which is followed by a nice, detailed, eye-witness account of the battle of San Jacinto, which includes: "The manner of Santa Anna's capture is thus related:..." followed by those particulars.
Also included is: "...Houston was wounded in the ankle by a musket ball in the early part of the engagement..." with more, & includes a list of killed and those taken prisoner, beginning with: "Gen. Antonio Lopez de Santa Anna...". This is followed by "Later News" with more reports from Texas.
Still on the same page is a report headed: "Massacre of Col. Fanning" which includes as nice letter from an eye-witness. A very historic issue!
Also in this issue are lengthy reports from Congress, plus "The Tobacco Trade" "The Indians--Winnebago School" "Cruise of The Peacock" "Cruise of The Vincennes" and a report of a bill before congress headed: "Employment of Boys" in the Navy.
Sixteen pages, 6  by 9 1/2 inches, very nice condition. 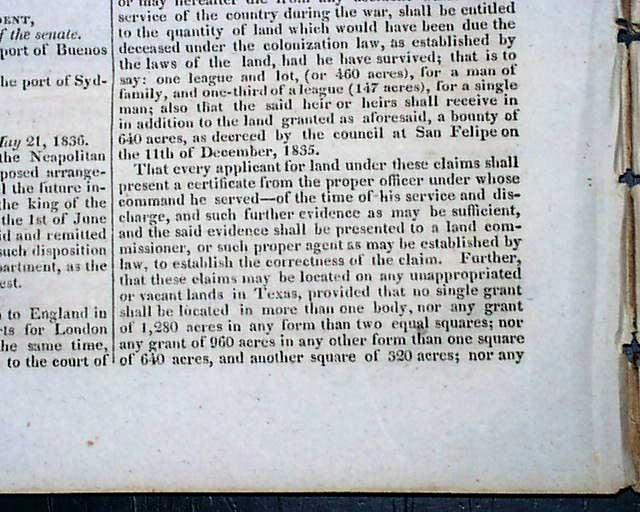 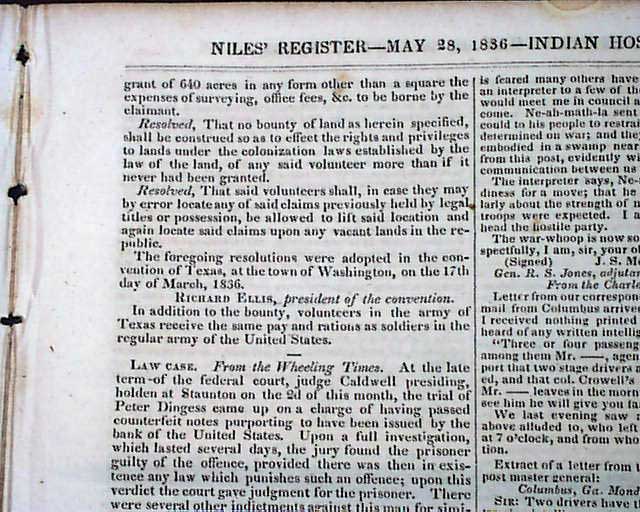 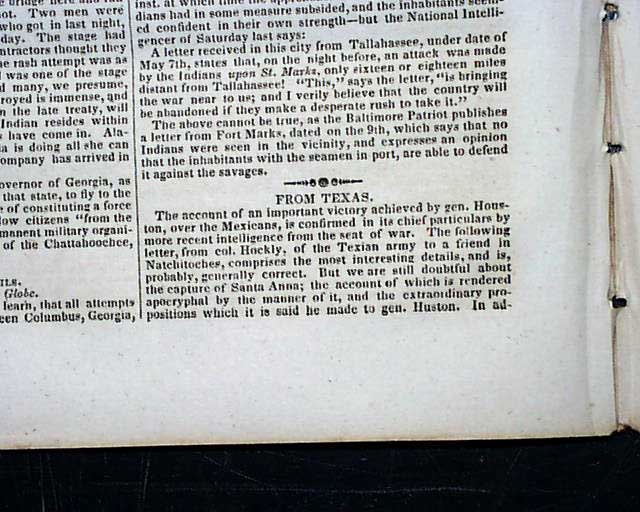 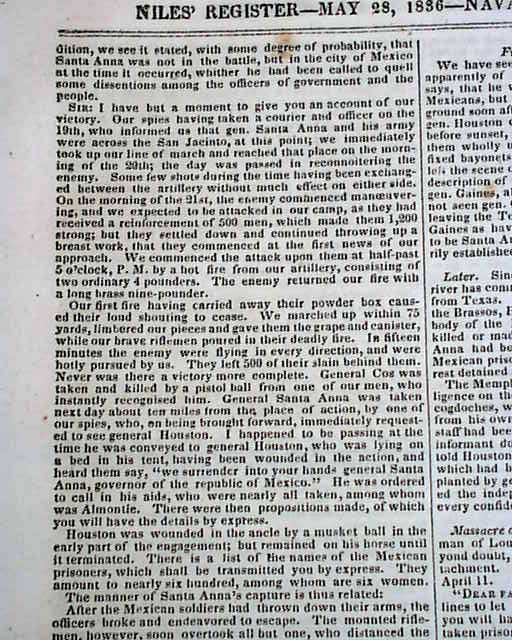 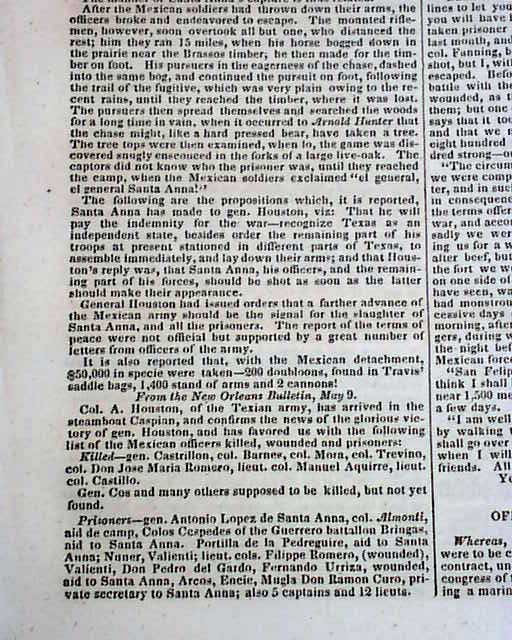 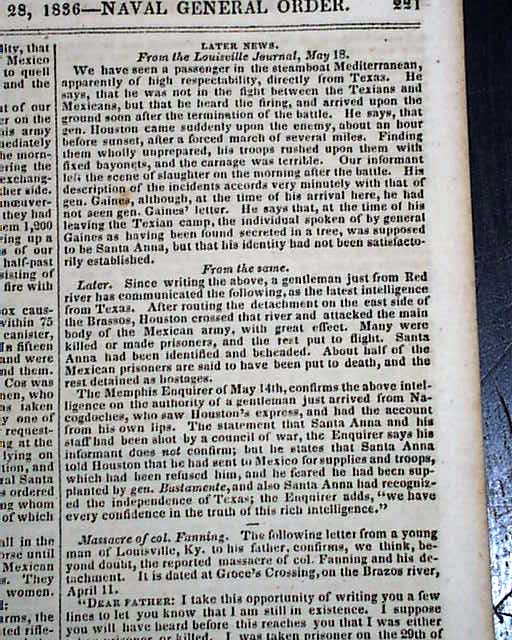 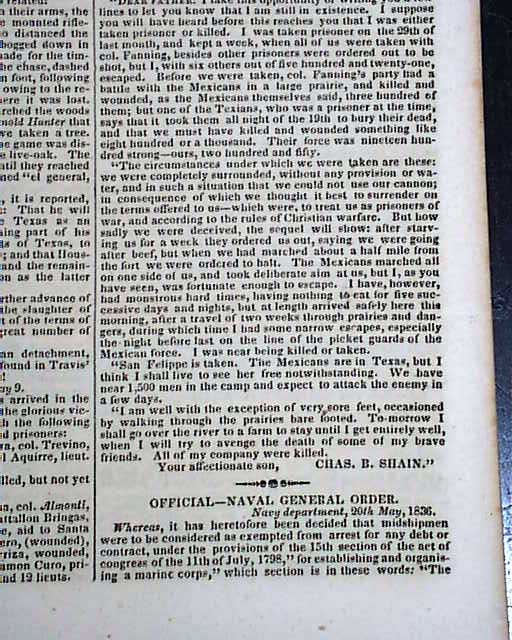 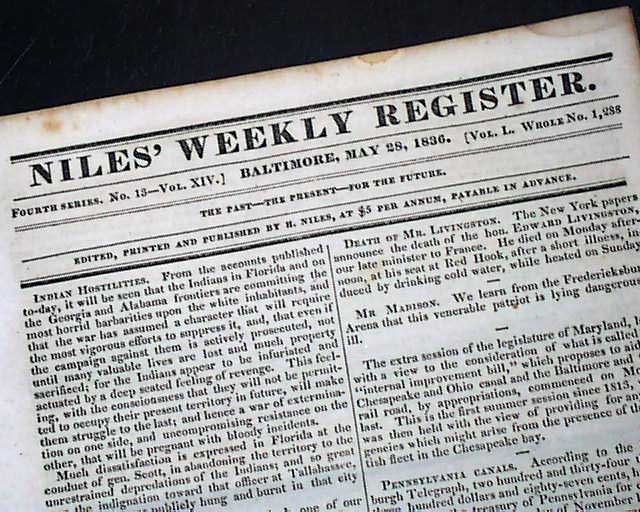 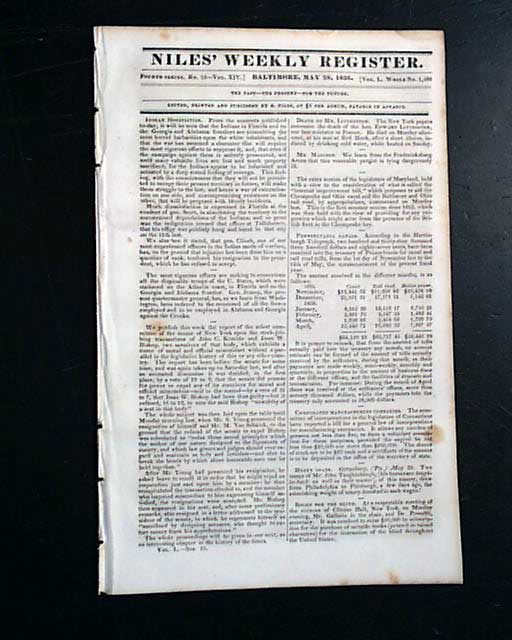