Home > Back to Search Results > Battle of Quebec in the French & Indian War... With a map of Quebec...
Click image to enlarge 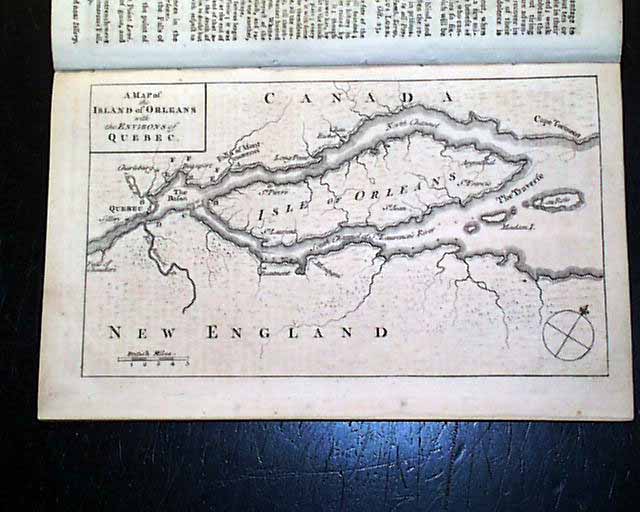 Battle of Quebec in the French & Indian War... With a map of Quebec...

Item # 667160 THE GENTLEMAN'S MAGAZINE, London, October, 1759  This issue contains a terrific & very detailed account of the Battle of Quebec, headed: "Operations of the Army Before Quebec" and "Authentic Accounts of the Proceedings Before Quebec", taking seven pages of text and includes the "Articles of Capitulation Agreed on Between Gen. Townshend & M. DeRamzay, commander of Quebec".
But the prime item is the very nice & rather rare full page plate titled: "A Map of the Island of Orleans with the Environs of Quebec" which shows much detail. The map measures 5 by 8 inches and is in great condition. Typically such maps have been removed.
This issue also includes: "Instructions for Making Wine in America", which is an extremely early report on wine making in the colonies.
Complete in 56 pages, 5 by 8 inches, full title/contents page with an engraving of St. John's Gate, excellent condition.

A very nice magazine from the French & Indian War from the "mother country" with a wide range of varied content. This was the first periodical to use the word "magazine" in its title, having begun in 1731 and lasting until 1907.