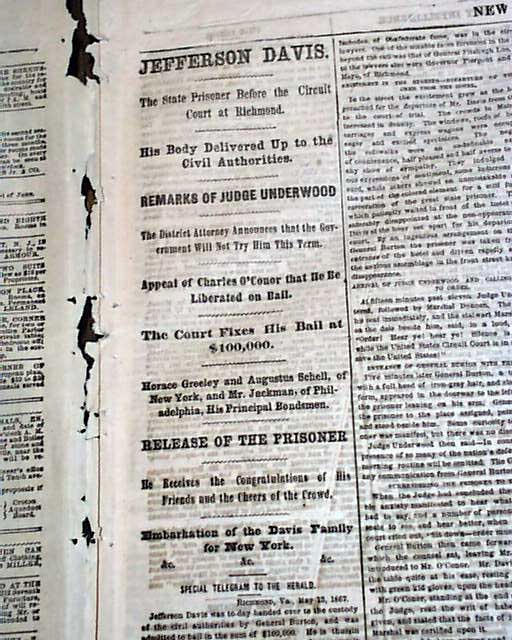 Page 3 has a lengthy report headed: "JEFFERSON DAVIS" "The State Prisoner Before the Circuit Court at Richmond" "The Court Fixes His Bail at $100,000" and more. (see) Text takes up about 3 1/2 columns.
Other news and advertisements of the day during the reconstruction era shortly after the American Civil War. Complete with 12 pages, a little spine wear, otherwise nice condition.