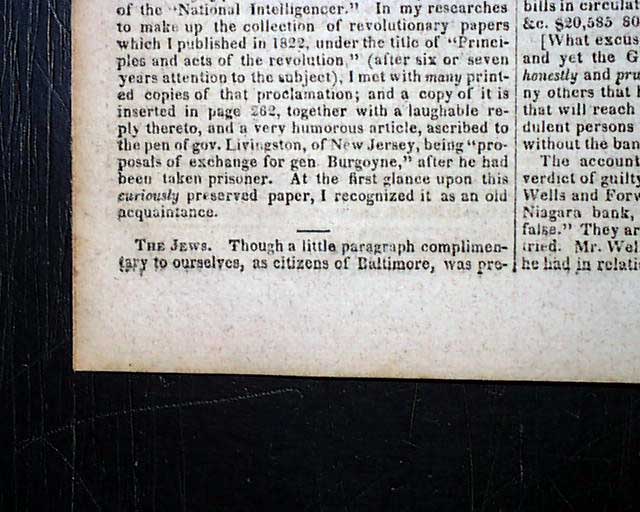 
THE WEEKLY REGISTER, Baltimore, Oct. 14, 1826  One of the reports within has a small head: "The Jews" with the text including: "...that at the last election for members of our city council, two gentlemen of the Jewish persuasion were chosen by the suffrages of a large part of the citizens...Messrs. S. Etting and J. L. Cohen...They are he first Jews ever elected by the people to office in Maryland, being until lately denied the rights of citizens by the constitution of the state..." with just a bit more.
Among the other reports in this issue are: "Army of the United States"; a letter signed: Andrew Jackson, with a dateline of "Hermitage" taking most of a column; "The North West" is concerning Indians; and much more.
Sixteen pages, 6 1/4 by 9 1/2 inches, very nice condition. 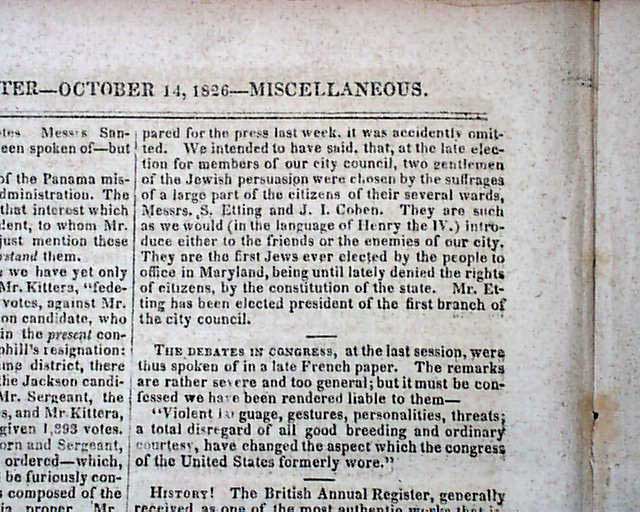 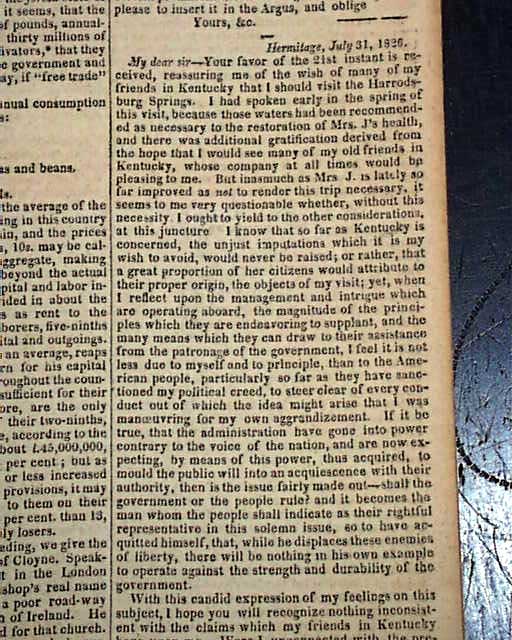 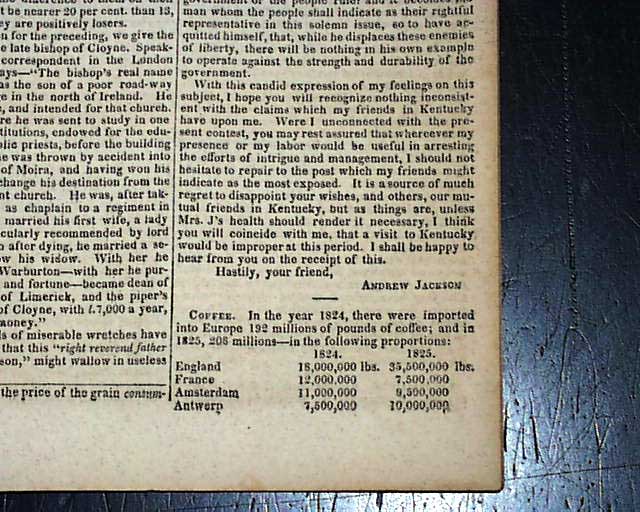 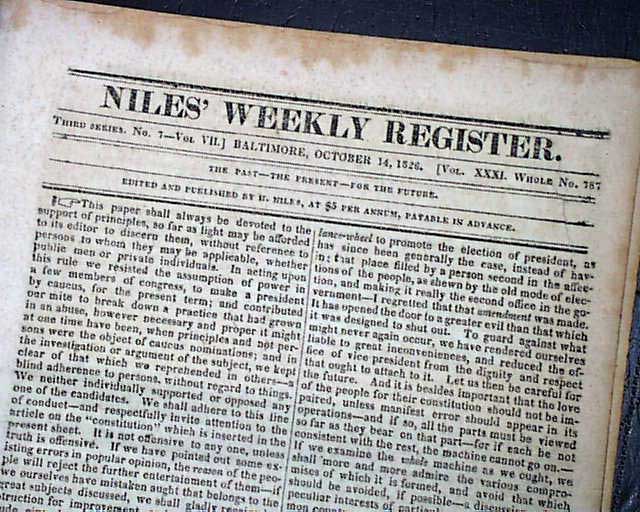 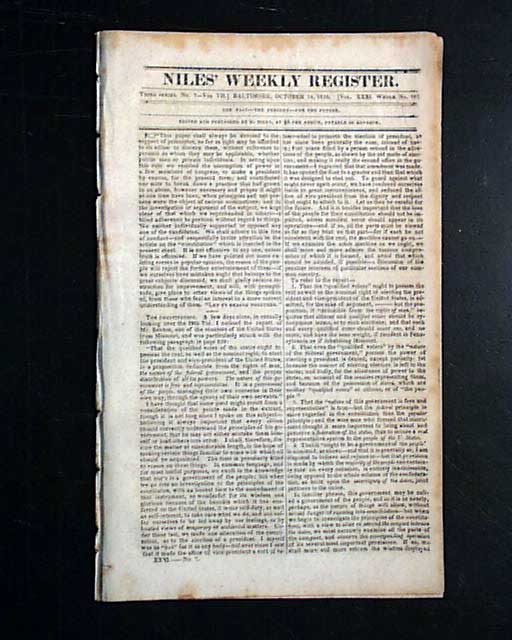