Home > Back to Search Results > The Jew Bill... Striving for equal rights for the Jews...
Click image to enlarge 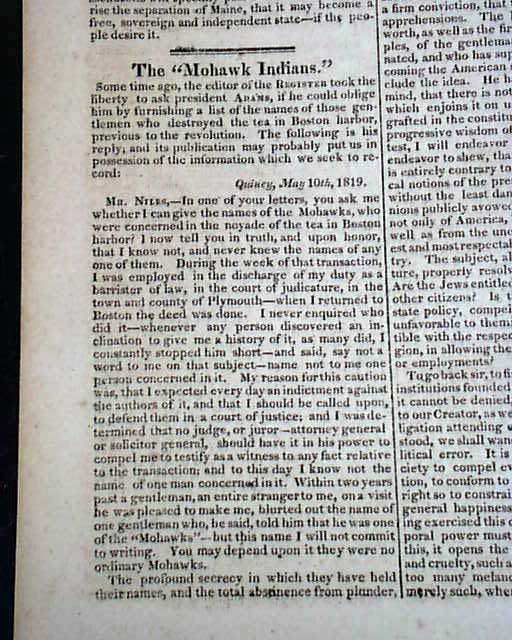 The Jew Bill... Striving for equal rights for the Jews...

This notable issue contains the full text of the speech presented by  H.M. Brackenridge in the Maryland House of Delegates when the Jew Bill was under consideration.
The text of Brackenridge's speech is headed: "Religious Liberty" and has a prefacing paragraph before the full text carries on to take over six pages.
As a bit of history, In 1776 Maryland's constitution safely protected "...all persons professing the Christian religion..." yet said nothing at all for those of other beliefs. It was a fact not widely known among other Americans that in the State of Maryland, and in Maryland alone, a citizen professing the Jewish religion could not hold any office, civil or military. In 1797 Solomon Etting, Baltimore leader and representative Jewish figure, along with other prominent Jews petitioned the Maryland Assembly to address this prejudicial issue and secure equal rights for Jews. The petition was well received but ultimately rejected. Year after year as it was presented and turned down new advocates were enlisted including influential Gentiles.
In 1818 Judge H. M. Brackenridge and others began a vigorous battle to right this wrong. The legislation ultimately to be known as "The Jew Bill" was enfranchised in 1825 and confirmed the following year.
Sixteen pages, 6 1/4 by 9 3/4 inches, very nice condition.

Note: This issue, along with 8 other unrelated issues of Niles' (available: inquire if of interest), was sold at a Sotheby's auction early in 2021 for $10,710.