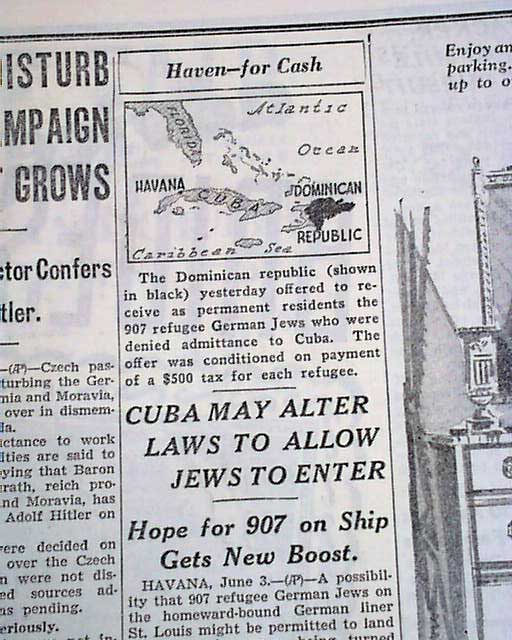 Page 11 has a one column heading: "Cuba May Alter Laws To Allow Jews To Enter" with subhead & small related map. (see) Always nice to have notable events in history reported in this World famous publication.
Other news of the day. Complete 1st section only with all 24 pages, rag edition in very nice condition. A few small binding holes along the spine.

wikipedia notes: MS St. Louis was a German ocean liner. In 1939, she set off on a voyage in which her captain, Gustav Schröder, tried to find homes for over 900 Jewish refugees from Germany. Due to countries' immigration policies based on domestic political realities, rather than humanitarian grounds, they were denied entry to Cuba, the United States, and Canada. The refugees were finally accepted in various European countries, including Belgium, the Netherlands, the UK, and France. Historians have estimated that approximately a quarter of them died in death camps during World War II. 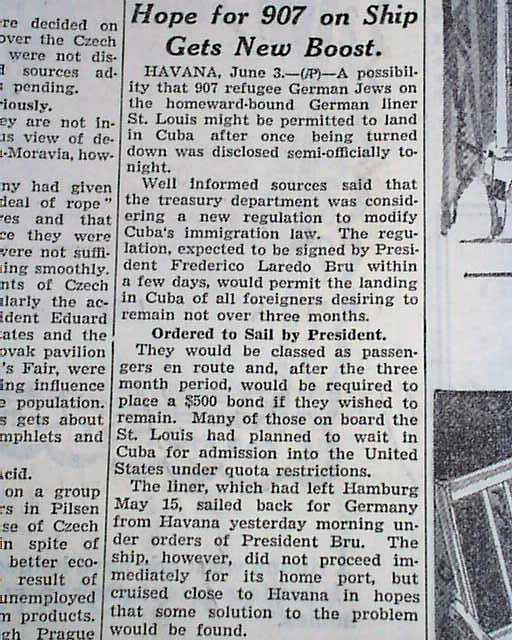 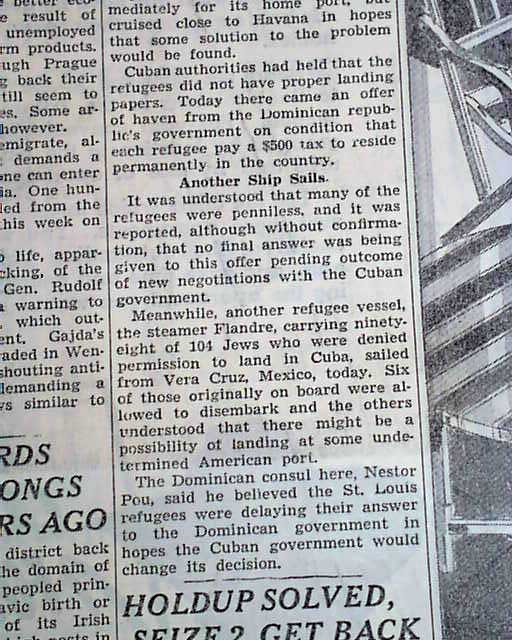 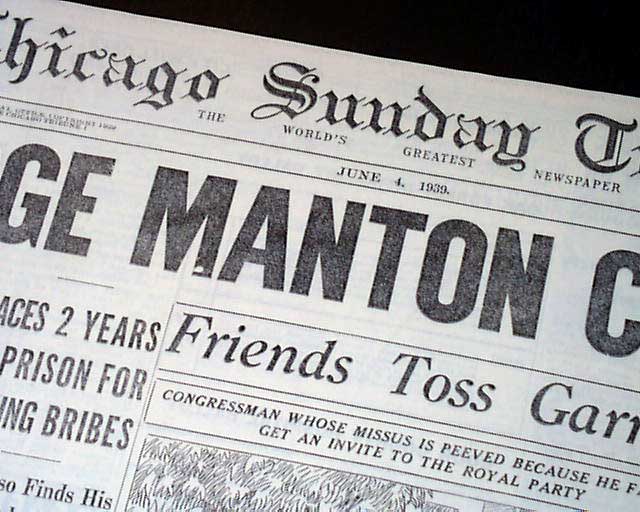 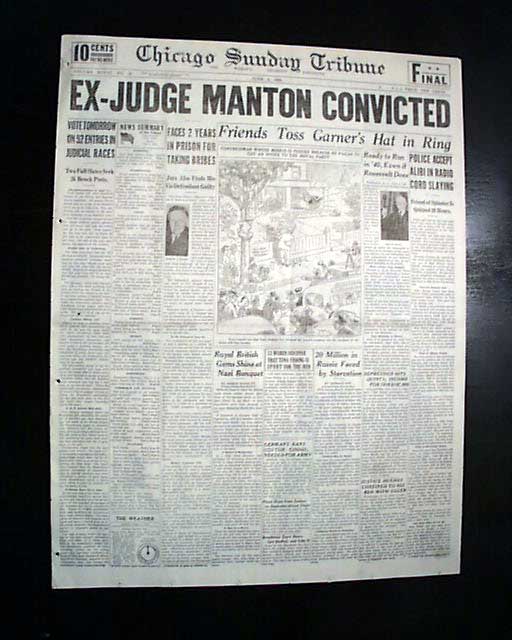