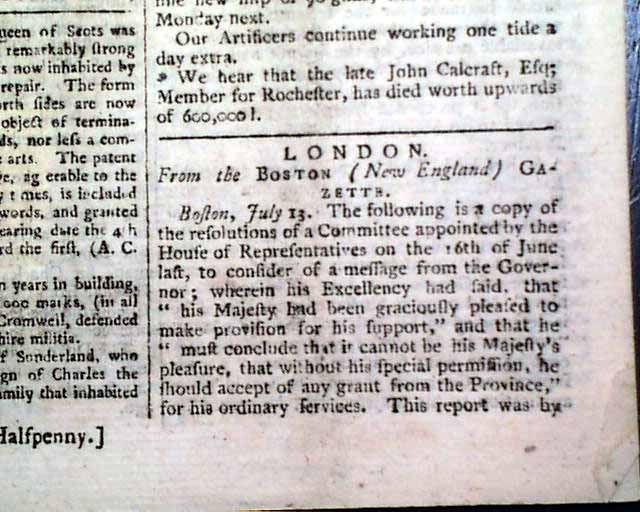 
THE LONDON CHRONICLE, England, Aug. 29, 1772  Beginning on the front page & carrying over to take most of pg. 2 is a report from Boston concerning the Massachusetts Assembly making provisions for support of the governor, and the governor supporting the colony. Included are six "resolves" from the General Assembly concerning such arrangements.
There are other news items as well including a report from Newport, Rhode Island concerning the theft of a ship with a cargo of sugar.
Eight pages, 8 by 11 1/4 inches, very nice condition.