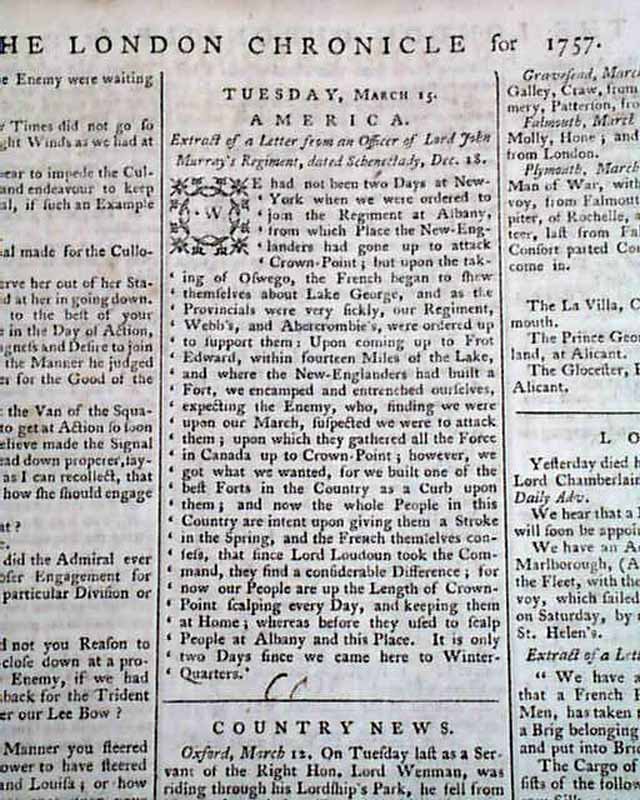 
THE LONDON CHRONICLE, England, March 15, 1757  Page 6 has half a column headed: "America" which is a: "Letter from an Officer of Lord John Murray's Regiment, dated Schenectady". This has some nice content on the French & Indian War, & includes: "...we were ordered to join the regiment at Albany, from which place the New-Englanders had gone up to attack Crown Point, but upon the taking of Oswego, the French began to shew themselves about Lake George..." with much more.
Eight pages, a small hole near the margin of 3 leaves not close to the noted content, good condition.