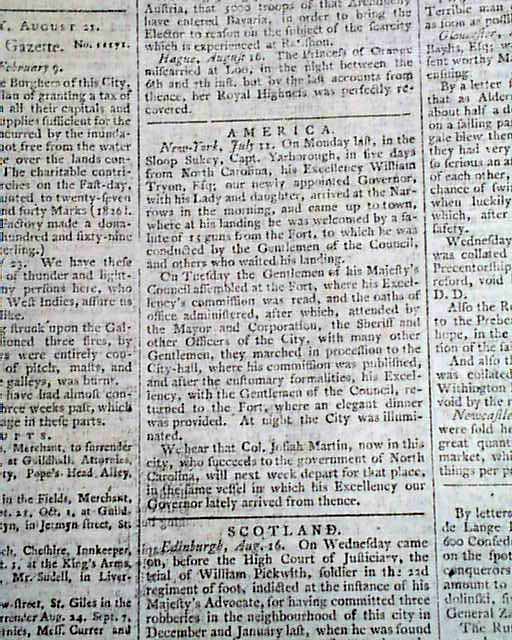 Page 2 has a report from New York under the heading: "America" on the arrival of Governor Tryon in New York for his formal installation as governor of New York. He had arrived, with his family, from North Carolina, where he had previously been governor.
Eight pages 8 by 11 inches, very nice condition.