Home > Back to Search Results > Jefferson falling out of favor in Virginia...
Click image to enlarge 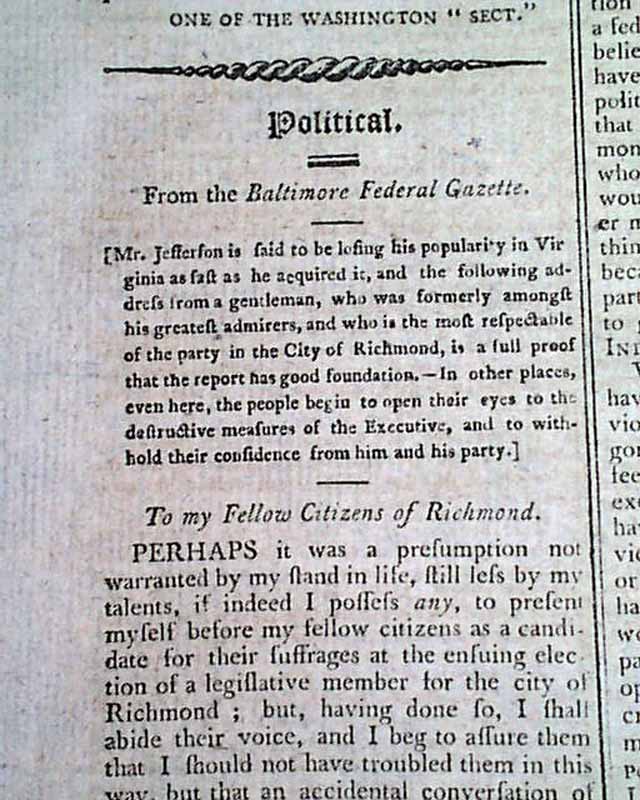 Jefferson falling out of favor in Virginia...

Over a full page is taken up with an interesting letter: "To my Fellow Citizens of Richmond" signed by: James Rind. It is prefaced with: "Mr. Jefferson is said to be losing his popularity in Virginia as fast as he acquired it, and the following address from a gentleman, who was formerly amongst his greatest admirers, & who is the most respectable of the party in...Richmond, is a full proof that the report has good foundation...".
Another page has: "By a treaty recently concluded between his Catholic majesty and the first Consul, SPAIN CEDES to FRANCE the POSSESSION OF LOUISIANA...", a step which would lead to France selling to America the following year.
Eight pages, 9 by 11 inches, discrete archival mend to pg. 7, nice condition.