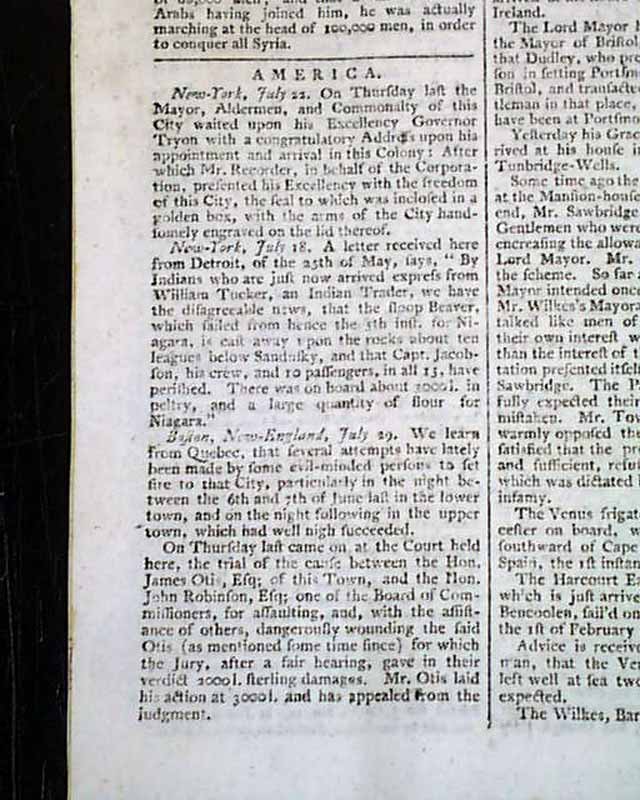 Inside under: "America" has a report from New  York including: "...waited upon his Excellency Governor Tryon with a congratulatory address upon his  appointment & arrival in this colony...", recently named governor of New  York after having served as governor of North Carolina. A report from Boston notes that: "...from Quebec that several attempts have lately been made by some evil-minded persons to set fire to that city...".
Eight pages, 8 1/4 by 11 1/4 inches, very nice condition.