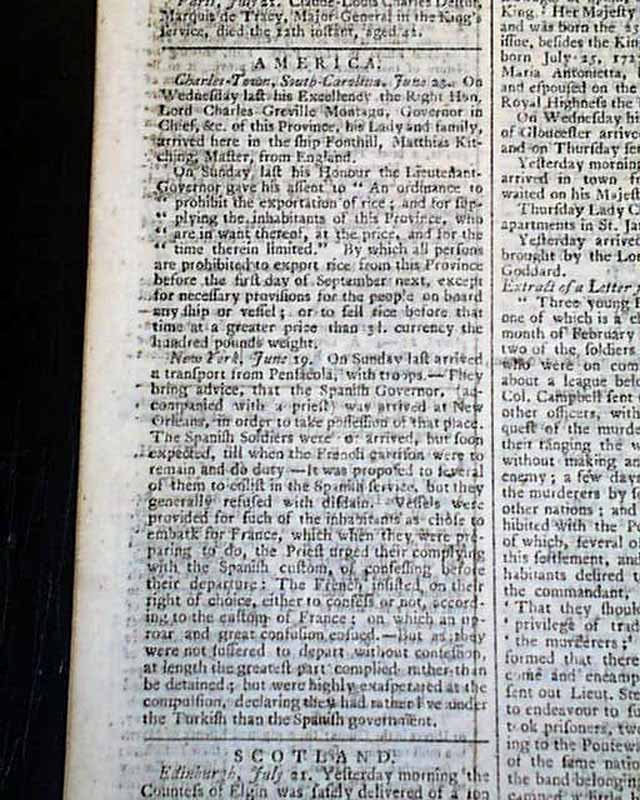 Inside has a report headed: "America" with a Charleston, S.C. dateline. There are several news items, one of which notes: "...that the Spanish governor...was arrived at New Orleans in order to take possession of that place..." with more on the French leaving because: "...they had rather live under the Turkish than the Spanish government."
Eight pages, 8 1/2 by 11 inches, nice condition.