Home > Back to Search Results > Thanks for repealing the Stamp Act, and more...
Click image to enlarge 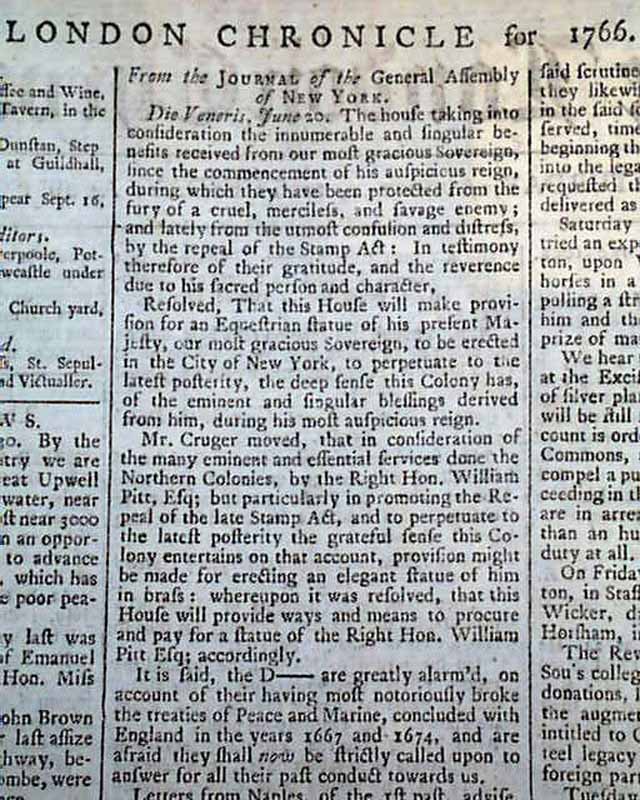 Thanks for repealing the Stamp Act, and more...

* Repeal of the Stamp Act thanks

Page 2 has a report from the New York General Assembly which notes the gratitude of New York, and resolved to erect an equestrian state of  the King for protecting: "...from the fury of a cruel, merciless and savage enemy; and lately from the utmost confusion and distress by the repeal of  the Stamp Act..." with more.
Page 5 has an: "Abstract of an Act  for Opening & Establishing certain Ports in the Islands of Jamaica and Dominica..." which mentions in part: "...No goods of American produce, liable  to duties, are to be imported into any British colony...without a certificate on forfeiture of the goods and vessel..." with much more.
Eight pages, 8 1/2 by 11 inches, a few leaves close-trimmed at the bottom not affecting mentioned reports.