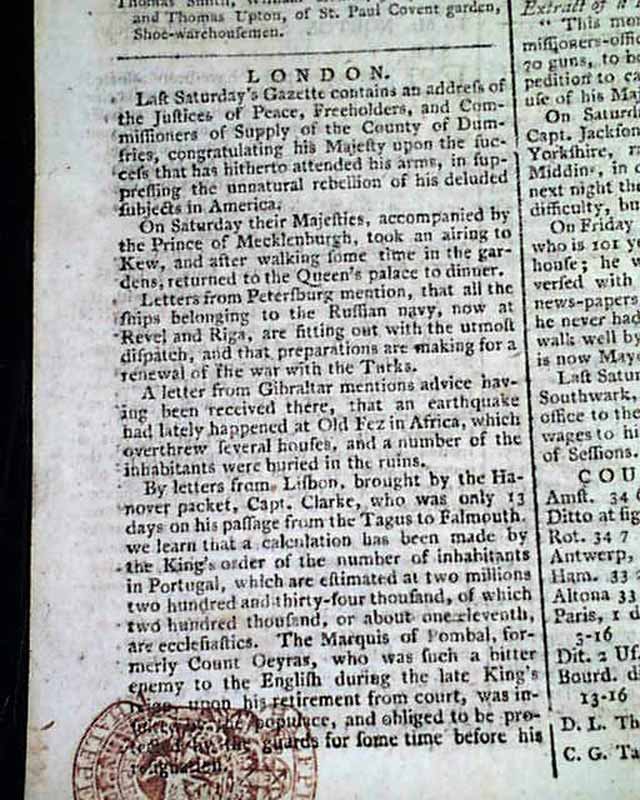 This issue has a few tidbits on the Revolutionary War including: "...address of the...county of  Dumfries congratulating his Majesty upon the success that has hitherto attended his  arms in suppressing the unnatural rebellion of his deluded subjects in America." Also mention that cargo from a ship: "...brought in here...a large packet of letters directed to Dr. Franklin & other persons. They are supposed to contain material intelligence from the Congress...".
Another page notes a ship from Phila. taken by the Levant frigate, and: "...account ourselves lucky in not seeing any of these pirates....there has not been one American Pirate within the  straights of Gibraltar as yet...". And then: "...most of  the counties of Maryland have sent deputies to the Congress at Baltimore insisting upon their making peace with Great Britain instantly upon the best terms that may be obtained for that they can sustain the distresses of their country no longer."
Eight pages, 8 1/2 by 11 inches, very light dirtiness in spots, good condition.