Home > Back to Search Results > New governors in Jamaica, Barbados, and Maryland...
Click image to enlarge 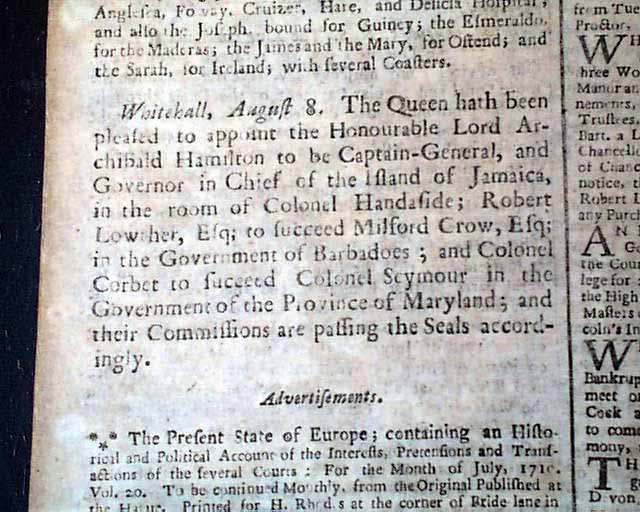 
THE LONDON GAZETTE, England, Aug. 10, 1710  The back page has a notable report: "The Queen hath been pleased to appoint the Honourable Lord Archibald Hamilton to be Captain-General and Governor in Chief of the island of Jamaica...Robert Lowther Esq. to succeed Milford Crow, Esq., in the government of Barbadoes; and Colonel Corbet to succeed Colonel Seymour in the government of  the province of Maryland...".
As for the latter, records show General Lloyd actually succeeded Col. Seymour.
Single sheet, 7 by 11 1/2 inches, very nice condition.