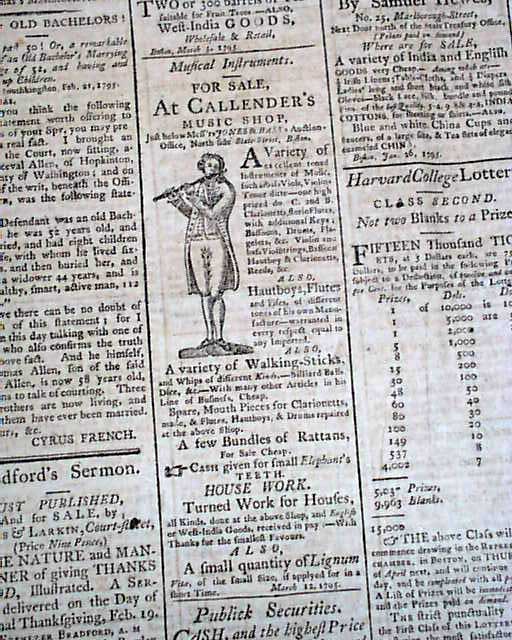 Beyond having one of the more decorative & displayable mastheads of the 18th century, among the illustrated advertisements on the back page is a nice one for: "Callender's Music Shop" showing a flutist, with various text as well.
Four pages, never-trimmed margins, nice condition.