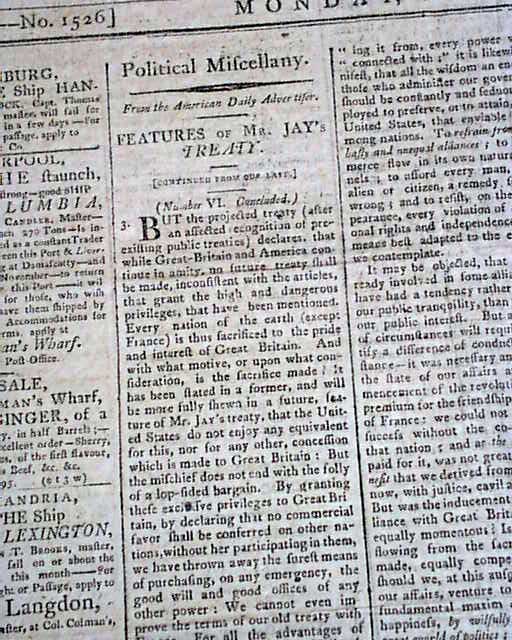 
INDEPENDENT CHRONICLE & UNIVERSAL ADVERTISER, Boston, Oct. 26, 1795  Beyond having one of the more decorative & displayable mastheads of the 18th century, most of the front page is taken up with continued discussion headed: "Features on Mr. Jay's Treaty" with England, a very controversial document which was ultimately signed by President Washington in August.
Four pages, never-trimmed margins, nice condition.