Home > Back to Search Results > The Mormons will fight to the death...
Click image to enlarge 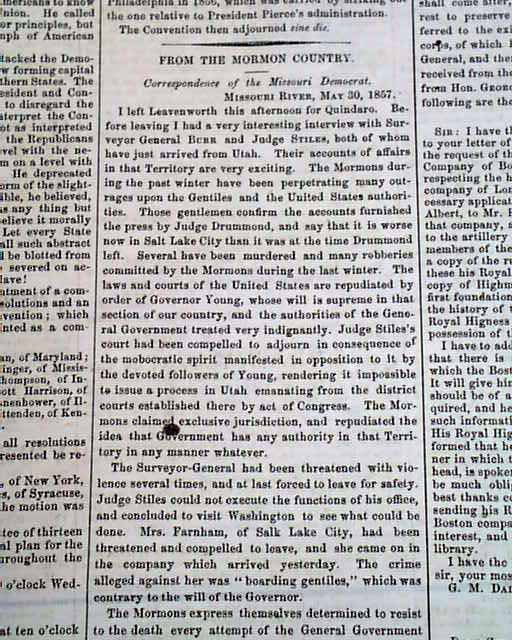 The Mormons will fight to the death...

Page 3 has a report headed: "From The Mormon Country" which includes in part: "...The Mormons express themselves determined to resist to the death every attempt of the general government to establish any authority in Utah...They had a code of laws made by themselves & they should enforce the...This is illustrating the principle of 'squatter sovereignty' with a vengeance..." and more.
Four pages, very nice condition. Folder size noted is for the issue folded in half.