Home > Back to Search Results > A great wealth of content on the Mexican War...
Click image to enlarge 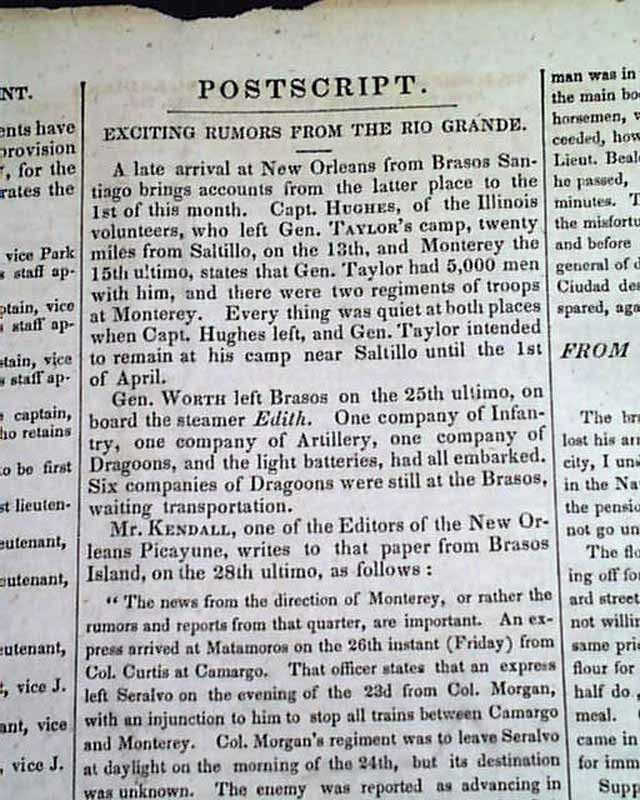 A great wealth of content on the Mexican War...


DAILY NATIONAL INTELLIGENCER, Washington, D.C., March 20, 1847  Page 2 has a great wealth on the Mexican War, the focus being the lengthy: "Proclamation by the General Commanding the Army of the United States of America: To the People of Mexico". It begins: "After manly years of patient endurance, the United States are at length constrained to acknowledge that a war now exists between our government and the government of Mexico...". This Proclamation takes over half the page, justifying the reasons for war.
More on the war on page 3 with: "Exciting Rumors From the Rio Grande", followed by: "Latest from California" which is a letter from San Diego. It gives news of war-related events in far Southern California.
Four pages, one ink stain, very nice condition.