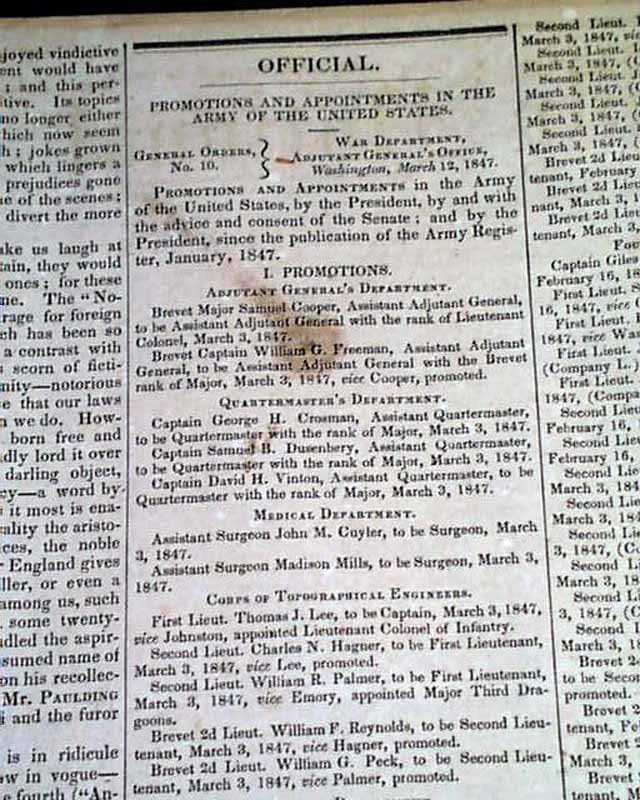 Page 3 has over half a column headed: "Important From New Mexico"  which has a subhead: "Insurrection at Taos".
This was the Taos Revolt, an insurrection in January 1847 by Hispano and Puebloan allies against the United States’ occupation of present-day northern New Mexico during the Mexican–American War.
Also some reports on the Mexican War: "Late & Interesting From Mexico".
Four pages, very nice condition.